Russian soldiers ‘cold-blooded’ shoot two Ukrainian civilians in the back 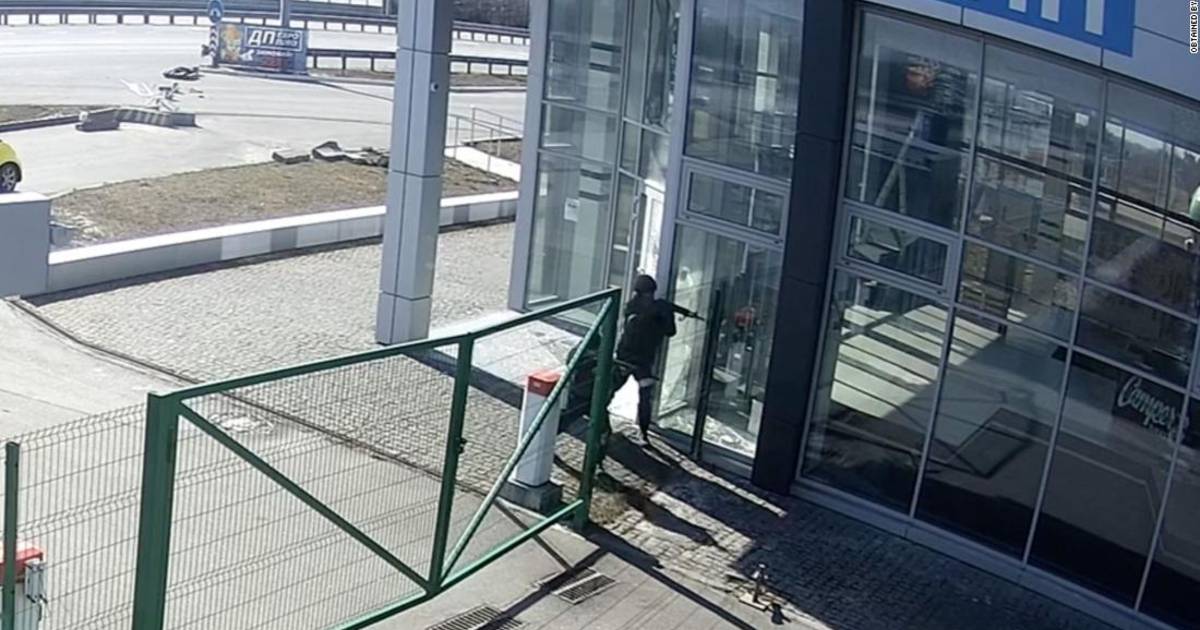 At the beginning of the war in Ukraine, two unarmed civilians ran away from Russian soldiers who had just approached them in a suburb of Kiev. Suddenly the soldiers reappear and shoot the two Ukrainians in the back. One of them died instantly, the other later died of his injuries.

CNN obtained the images from the surveillance cameras that filmed the horrific murders. The facts date from March 16, at a car dealer. The American broadcaster was able to identify the victims. One of them was the owner of the car dealership, which the Russian soldiers also looted. His family does not wish to be named. The other was Leonid Oleksiyovych Plyats, a 68-year-old grandfather who worked there as a security guard.

Yulia, the daughter of Plyats, can’t bear to see the footage, but she saves the video to show it to her children someday, so that they never forget how cruel the Russians were. “They are executioners,” she told CNN. ,,It’s terrible. My father was a 68-year-old, peaceful, unarmed civilian.”

In March, Russian troops attempted to take the Ukrainian capital Kiev for the first time. There was then fierce fighting between the Russian and Ukrainian soldiers on the main road to Kiev. But at the car dealership on March 16, there was no battle between soldiers, nor between soldiers and armed civilians. CNN, which could verify the CCTV footage, is talking about “a cowardly, cold-blooded murder of two unarmed men.”

First, five Russian soldiers want to break into the car shop. The owner approaches them with raised hands. The soldiers are frisking him, it seems from the video footage. Guard Plyats joins in and a conversation takes place. The soldiers turn away and the two Ukrainians walk away. Then at least two Russian soldiers appear behind the men. They fire at the two civilians, who immediately fall to the ground.

The images still show that the Russian soldiers are looting the car shop. Two of them seem to be toasting each other with a drink. At the time, the guard, Plyats, is still alive. He scrambles to his feet and stumbles back to his sentry. The grandfather calls other Ukrainians for help.

If those men can be caught, they deserve the death penalty

A group of volunteer civilian fighters tries to save Plyats and exchanges shots with Russian soldiers. They cannot compete with the Russian force majeure, but still manage to drag Plyats out of the guardhouse. The man has already lost too much blood and dies. According to the volunteer fighters, the car dealer knew that the Russians were coming, but chose to stay himself, along with Plyats.

For one of the volunteers, this is certainly a war crime. “If those men can be caught, they deserve the death penalty,” he says. The Ukrainian court is now investigating the incident as a war crime based on video footage of it.