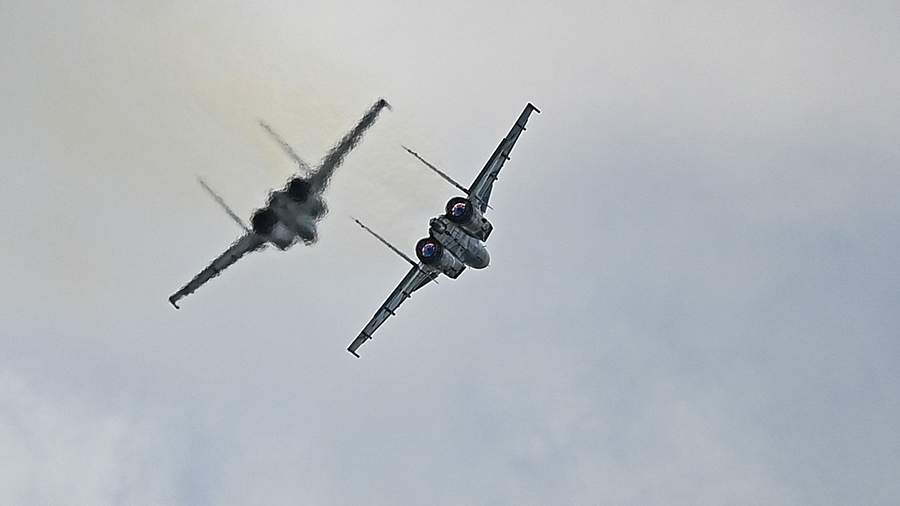 Su-35S multirole fighters of the Russian Aerospace Forces are relocating to Belarus as part of an inspection of the reaction forces of the Union State. This was announced on January 26 in the Ministry of Defense of the Russian Federation.

“The crews of the Su-35S multi-role fighters of the Eastern Military District, involved in checking the reaction forces of the Union State, continue to relocate to Belarusian airfields,” the military department said.

According to the ministry, during the flight, the crews make intermediate landings at the airfields of the Central and Western military districts to rest and prepare for the next flight.

It is emphasized that the flight routes of multi-functional fighters are carefully worked out by aviation navigators and take into account the possibilities of maximum non-stop flight of aircraft, as well as weather conditions.

“After arriving at the airfields of the Republic of Belarus, the crews of the Su-35S multifunctional fighters will take up combat duty for air defense as part of checking the functioning of the unified air defense system of the Union State,” the Ministry of Defense added.

On January 24, the Russian military department reported that the test of the reaction forces of the Union State would take place in two stages. At the first, until February 9, the redeployment and creation of groupings of troops in Belarus as soon as possible will be carried out, the protection and defense of important military and state facilities, as well as the protection of the state border in the airspace, will be organized.

In addition, the ability of the forces and means on duty for air defense to perform tasks to cover important objects on the territory of the republic will be checked.

During the second stage of the verification, from February 10 to February 20, joint exercises “Allied Resolve – 2022” will be held. Issues of suppressing and repelling external aggression, as well as countering terrorism and protecting the interests of the Union State will be worked out.

Prior to that, on January 22, it became known that Russian multi-role Su-35S fighters would arrive in Belarus as part of an inspection of the reaction forces of the Union State. It was noted that during the exercises, the crews of the Russian Aerospace Forces will work out flights to the maximum range, landing at the airfields of Belarus, as well as joint preparation for repeated flights with Belarusian specialists.

On January 18, units from the Russian Armed Forces began to arrive in Belarus as part of an inspection of the reaction forces of the Union State.