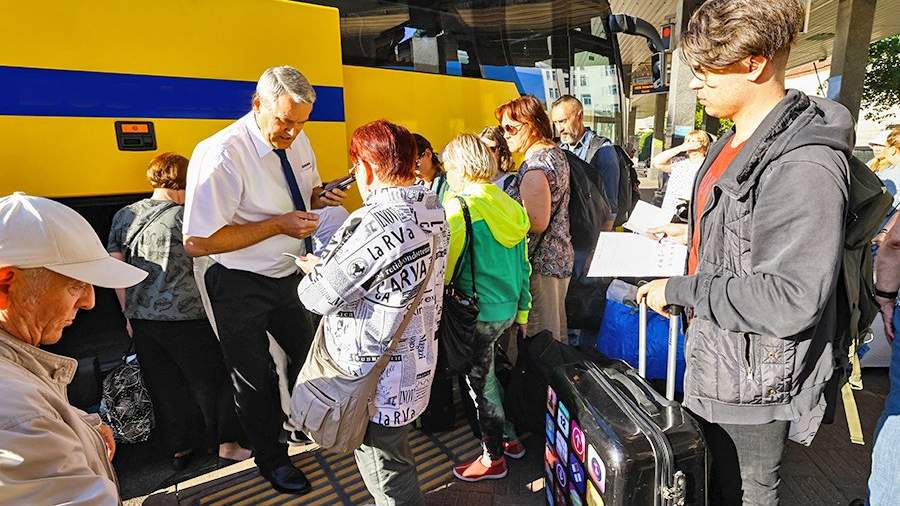 Russians have become 25% more likely to travel around the country by bus. The number of early bookings of accommodation in the popular resorts of the Russian Federation has halved over this period. This is evidenced by the results of a joint study of the Sutochno.ru online booking service for vacation rentals, the Ecolines RUS bus transportation company and the YuKassa payment acceptance service (the YuMoney fintech company, part of the Sber ecosystem), received by the editors of Izvestia on Friday, July 1.

According to YuKassa analysts, from March 1 to June 28, the share of paid bus trips increased by 25% compared to the same period in 2021. The turnover of Internet sites selling tickets through YuKassa increased by 101%. The average bill increased by 61% to 3,112 rubles.

According to the statistics of the Russian branch of Ecolines, the number of routes in Russia has also increased. Since 2020, they have more than doubled. The share of domestic flights also increased – in March 2020 they accounted for 14% of the total share of departures, and in June 2022 – already 45%.

Andrey Volkov, General Director of Ecolines RUS in St. Petersburg, said that since June 1, a new route “St. Petersburg-Kirishi-Cherepovets-Vologda” has been launched, and now the average flight occupancy exceeds 60%, and on weekends there are often no empty seats along the route .

Also, growth by 140% for the specified reporting period was shown by the turnover of payments in hotels that work with YuKassa. The share of paid bookings increased by 120% compared to the same period last year, and the average ticket increased by 8%, to 11,301 rubles.

However, the number of early bookings of accommodation in resorts through the Sutochno.ru service has halved this year. Only 7% of bookings with arrivals in June were made earlier than three months before travel. In 2021, early bookings were about 15%, and in 2019, about 20%.

At the same time, some have booked accommodation in resorts since January – this month accounts for 2% of June bookings. Compared to last year, then bookings of accommodation in the resorts was 3%.

The most popular types of accommodation when booking a few weeks before the trip are one-bedroom apartments and apartments. With early booking – more expensive housing – apartments, houses and cottages – and for a longer period.

Another trend this year is associated with the growing popularity of city and interregional tours.

Thus, the turnover of travel agencies that accept payment through YuKassa increased 3.3 times, and the number of orders – 29 times compared to the same period last year. But the average bill decreased by 84%, to 3,351 rubles. According to experts, this may indicate that Russians travel to neighboring regions, saving on air tickets.

Tourists get to neighboring regions by buses, cars and trains. During the reporting period, the share of train ticket sales jumped by 39%, and the turnover of Internet sites – by 59%. The average check also increased – by 15%, to 4,871 rubles.

According to the results of a study by the travel service RUSSPASS, which Izvestia got acquainted with on June 15, St. Petersburg and Nizhny Novgorod became the most popular summer holiday destinations in Russia.