Russians take to the streets en masse, more than 1000 arrests: ‘I don’t want to die for Putin’ 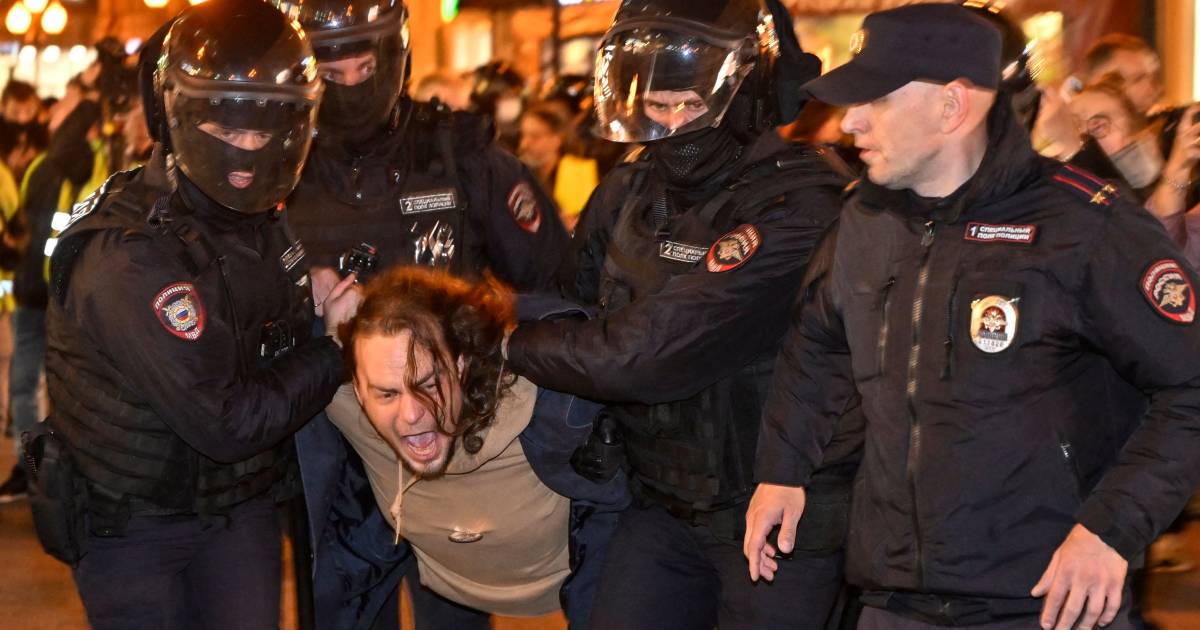 After Putin’s speech, opposition party Vesna and supporters of Kremlin critic Alexei Navalny called on Russians to oppose the mobilization of 300,000 reservists for the front. According to the human rights organization OVD-info, this was answered in at least 32 cities. The protesters chanted slogans against war and partial mobilization.

The police were on the street en masse as a precaution. Such protests are illegal in Russia. According to OVD information, more than a thousand demonstrators have been arrested, many of them in Moscow.

In the capital, hundreds of people gathered in one of the main streets, where a large police force was on the move. They chanted ‘No war!’, ‘Send Putin to the trenches!’ and ‘Let our children live!’. Journalists saw how at least fifty people were arrested.

Text continues below the tweets

In St. Petersburg, the police in the center evicted a bus full of detainees. Videos posted on social media show riot police sometimes using violence against protesters. For example, at a cathedral in Saint Petersburg, a young girl is beaten by security forces, just like a man who tries to protect her from the batons. People who hold each other are pulled apart and beaten.

According to The Moscow Times were the first protests in cities in Siberia and Russia’s Far East. Protesters carried placards reading: ‘No war! No mobilization!’ and ‘Our husbands, fathers and brothers don’t want to kill other husbands and fathers’ or ‘Hug me if you’re scared too’.

A video circulated on social media of a protester in Novosibirsk, Russia’s third-largest city, shouting: “I don’t want to die for Putin or for you!” The protests were often crushed within minutes.