Rutte apologizes to Dutchbat veterans for Srebrenica: ‘Your assignment turned out to be unfeasible’ 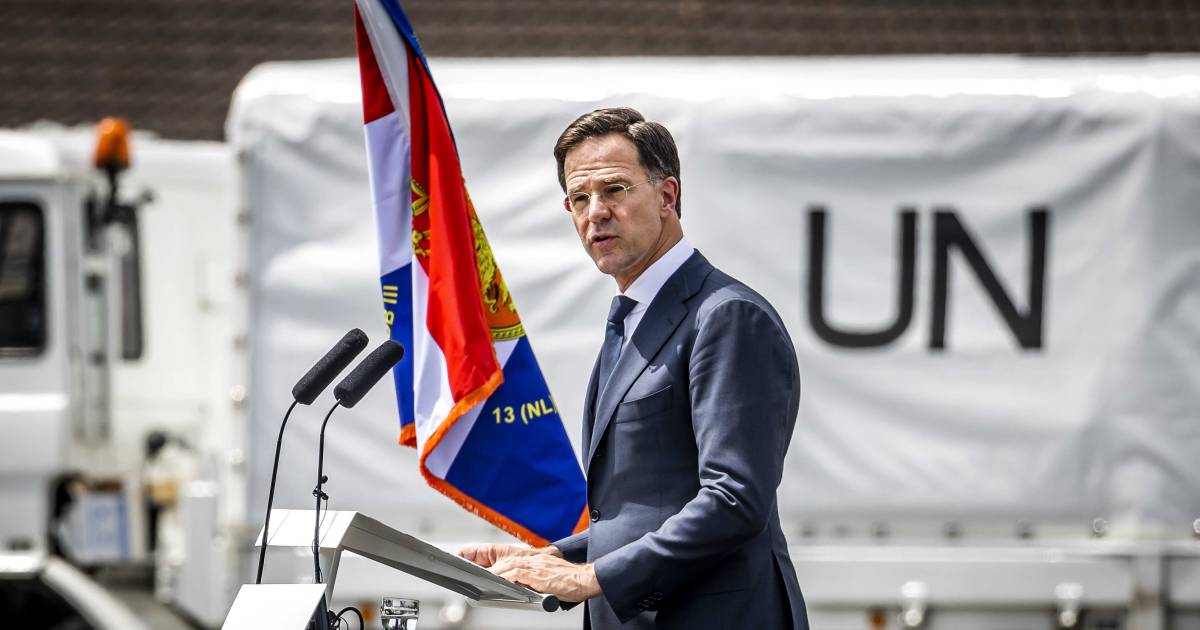 Prime Minister Mark Rutte apologized to hundreds of Dutchbat veterans on Saturday for the cabinet’s actions regarding the drama in Srebrenica in 1995. He did so during a ‘day of recognition and appreciation’ for the veterans of Dutchbat III at the Oranjekazerne in Schaarsbergen. .

Defense Minister Kajsa Ollongren and the Commander of the Armed Forces Onno Eichelsheim were also present. Bosnian Serb troops killed more than 8,000 Muslim men and boys after the fall of an enclave guarded by the Dutch. The Dutch blue helmets could not prevent the mass murder.

Many veterans have since struggled with the feeling that they have been abandoned and that the Department of Defense has not taken care of them. Last year a committee advised the cabinet to come up with rehabilitation and to pronounce ‘recognition and appreciation’. On Saturday 325 Dutchbat soldiers with their loved ones will be in Schaarsbergen.

“The world failed in a terrible way,” Rutte said in his speech. “You got easy reproaches afterwards from critics who were themselves high and dry in the safe Netherlands.” According to the Prime Minister, the Dutchbat veterans still feel the lack of recognition every day. “For the fact that the mandate, equipment and military support were inadequate during the deployment. That you were sent on an assignment that gradually proved unfeasible.”

According to Rutte, there was also insufficient support from politicians and defense leaders when a shower of unjustified criticism descended, according to the Prime Minister. “Some words have still not been spoken after 27 years,” Rutte said before apologizing. “The government takes this feeling of lack of recognition into account and wants to be clear about this today. The greatest possible appreciation and respect, although the pain and memories do not just go away.”

A minute of silence was observed in Schaarsbergen for the civilian victims in Srebrenica and the two Dutch soldiers who died. Most Dutchbat soldiers came from the barracks in Assen at the time. A plaque unveiled on Saturday will be placed there.

Medal of Honor for Merit

The Dutchbat soldiers received the Bronze Medal for Merit from Defense Minister Kajsa Ollongren on Saturday. The government wants to use this to express support for and solidarity with the veterans of Dutchbat III, according to the minister.