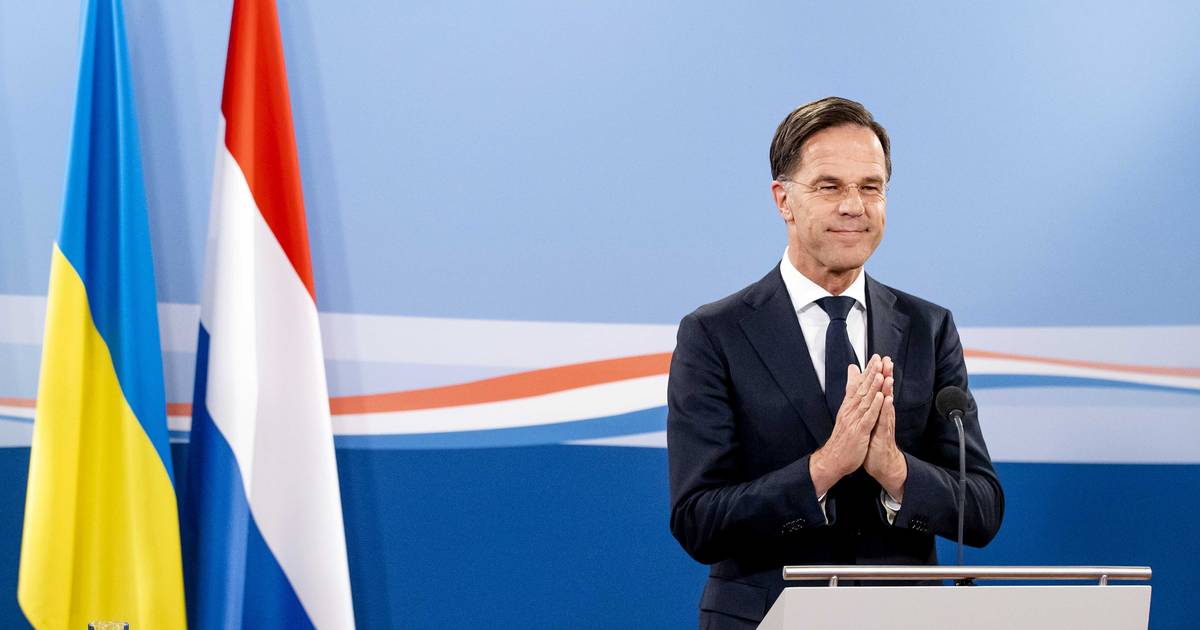 Prime Minister Mark Rutte addressed the Ukrainian parliament in Kiev this morning at the request of Ukrainian President Zelensky via a live connection. He did this in secret for the safety of his Ukrainian colleagues.

“I want to convey a simple message from the Netherlands. May my country support you,” the prime minister opened his speech. “The people of Ukraine can count on unwavering support from the Netherlands. And we are doing our utmost to provide the thousands seeking refuge in our country with everything they need until they can return safely to their homes and families.”

He also mentioned Liberation Day, where Rutte says he paid extra attention to Ukraine. “The flames of the freedom fires were blue and yellow. Just like our hearts. Just like our thoughts.”

Rutte then spoke about his working visit to Kiev a few weeks before the war in Ukraine broke out. Kiev is a city with a long and rich history. I remember all too well how it felt like the calm before the storm that day.” He praised the Ukrainian people for their determination and “willingness to protect freedom and democracy.”

The prime minister calls the battle between Russia and Ukraine ‘like David against Goliath’. The Biblical story of a child who wins the battle of a giant fits the conflict, Rutte said. “Russia’s military might is immense, which makes the spirit of the Ukrainian army and the courage of the Ukrainian people all the more admirable.”

Putin hoped he could isolate Ukraine from the rest of the world, but he was wrong, Rutte said. “The democratic powers in the West have never been more united, and for good reason. This war is about the future of our democracy and the international rule of law.”

Rutte called the collective sanctions from the West ‘unprecedented’, but he hopes for more. He calls for ‘take the next step and stop buying Russian oil’ as soon as possible. “I want to make it clear that the Netherlands is ready to take this step with our partners and allies.” The sanctions should also remain until Ukrainian sovereignty is restored, the prime minister said.

For justice to be victorious, it is important that the facts come to the fore as soon as possible

The prime minister also wants to maintain military support. “Together with our friends and allies, we will provide more frequent support if further military supplies are needed in a new phase of the war. Again, we will support you every step of the way.”

In his speech, Rutte also promised to send a team of forensic experts to Ukraine on behalf of the International Court of Justice in The Hague. “Every step also means that we help to recover after the war”, Rutte continued. “For justice to be victorious, it is important that the facts come to the fore as soon as possible.”

According to the Prime Minister, the Netherlands knows what it is like to experience that international justice is a long time coming. “It has taken us eight years to execute the Russians responsible for the downing of MH17 near Donetsk. Step by step we are getting closer.”

“We are grateful to Ukraine for their support in this fight for justice,” he continued. “And now I promise this: the Netherlands will work just as hard when it comes to the terrible deeds that Russia has done to your country and people.”

Rutte concluded by saying that Ukraine is ‘a valued member of the European family’. Since 2017, the country has a formal agreement with the European Union. It is now clear to me that this family bond is growing closer by the day.” He hopes that the EU and Ukraine can still work together in the conflict.

He ended by quoting part of the Ukrainian national anthem, after which he said: “Friends, I believe it with all my heart. That democracy will win. That freedom will triumph. That Ukraine will win. Thanks for listening, and know that we will support you every step of the way. Slave Ukraine†

Friends, I believe with all my heart that democracy will win

Rutte is not the first European leader to address the Ukrainian parliament. UK Prime Minister Boris Johnson expressed his support for Kiev last week. He praised the Ukrainian army for its strength against Russia: ,,You fought them out of Kiev. You have exploded the myth of Putin’s invincibility.” Johnson didn’t come empty-handed either. At the end of his speech, he promised to send another 300 million pounds (350 million euros) in military equipment.

Ukrainian President Volodimir Zelensky himself addressed the House of Representatives on March 31 via a live connection. He hereby requested the Netherlands, among other things, to stop using Russian energy such as gas and oil, and hoped for additional Russian sanctions. He also mentioned Dutch history several times and passed the plane disaster MH17 in review. After his speech, Zelenski received a standing ovation from the MPs present. President Vera Bergkamp expressed support and condolences to the Ukrainian people to Zelensky. “At moments like these, there is no distance between Kiev and The Hague, no distance between you and us.”