Saddam Al-Ahly and Zamalek.. Healing wounds, revenge and a lead at stake 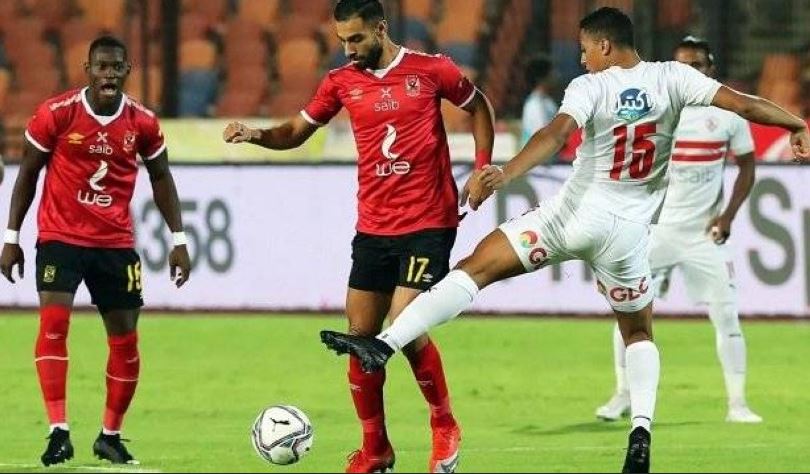 The summit meeting between Al-Ahly and Zamalek is at the fore in the scene of the resumption of the Egyptian Premier League football competition after a two-week hiatus during which the Pharaohs team suffered a major decline and two defeats, one official and the other a friendly. Egypt, led by coach Ihab Galal, lost to Ethiopia 2-0 in the African Nations Cup qualifiers, before receiving a historic loss against South Korea in a friendly with four goals to one goal.

Al-Ahly and Zamalek will meet next Sunday in a postponed match from the 20th round, in a summit bearing the 124th in the history of the giants’ confrontations in the local league.
Tomorrow, the league matches will resume with the matches of the 22nd round of the competition, in addition to the summit match between the two Cairenes. Al-Ahly, the host of the match at Al-Salam Stadium, seeks to continue its victories in the hope of pursuing Zamalek, the leader, in order to regain the league title, which is the favorite tournament for its fans. Al-Ahly also wants to heal the wounds of Africa after losing the Champions League against Moroccan Wydad, with an important victory over its traditional rival.
While Zamalek seeks to win, hoping to avenge its loss in the first round 5-3 and in order to maintain its position in the lead, which it occupies with 44 points from 20 games, while Al-Ahly is third with 40 points from 17 games.

Musimani’s absence
South Africa’s Pitso Mosimane will be the most prominent absentee from Al-Ahly in the summit match, after he ended his relationship as coach of the Red Castle two days ago by mutual consent. During his stay at the head of Al-Ahly’s technical staff for 20 months, Musimani achieved two distinguished victories over Zamalek, 2-1 in the African Champions League final and 5-3 in the first round of the Premier League.

In the summit meeting, Al-Ahly will be led by assistant coach Sami Komsan, who got the opportunity to lead the team temporarily and succeeded without his international players in achieving two wins in five days, one of them over Al-Masry Balsloum in the first rounds of the Egypt Cup and the second over the Eastern Company for Tobacco in a postponed match in the league and won four goals. . Komsan said that he considers his team’s match with Zamalek one of the most important confrontations that he will face while he is in the temporary position of the first man.

“I have a vision for every match I am responsible for, and I hope to benefit from every element in the team, prepare it optimally and win every match, which is what I will strive for in the next match against Zamalek,” Kommas told reporters. Komsan added, “There is a closed camp for players from next Friday, in preparation for facing Zamalek next Sunday.” Al-Ahly and Zamalek will play the match while they are in their full offensive and defensive strength, after the return of the international players to the ranks. Al-Ahly does not miss any of its basic elements, while Zamalek is absent from midfielder Tariq Hamed, who is injured, and Imam Ashour may join him after he was injured while he was with the Egyptian team against Ethiopia.

His left back Ahmed Fattouh will return to the ranks of Zamalek after recovering from injury and the Corona virus, while right back Hamza Mathlouthi will be absent. Tomorrow, three matches will be held in Round 22, where Ismaily will meet with the Arab Contractors, Ceramica Cleopatra with Farco, and Tala’a El-Gaish with Smouha. On Saturday, Al-Masry will meet with El-Gouna, Enppi with Future, and the Alexandrian Federation will host the Misr Clearing team.