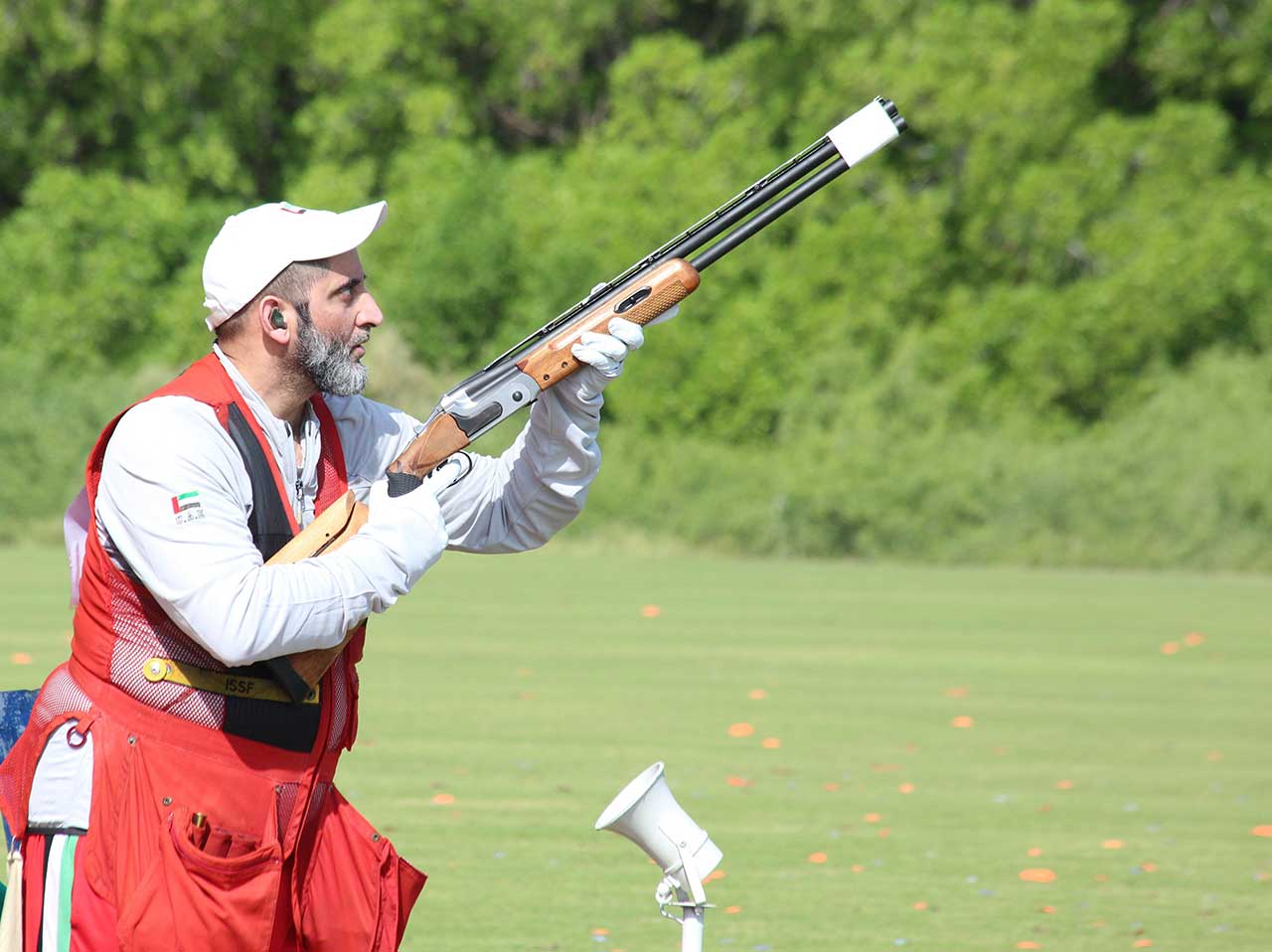 Sheikh Saeed bin Maktoum bin Rashid Al Maktoum was crowned a skeet shooting champion in the Emirates Comprehensive Championship, the first activity of the Federation for the new season, after recovering from the “Covid-19” pandemic.
Sheikh Saeed bin Maktoum won the first place, the gold and the championship cup to be the final touch after a strong and exciting competition between the trio of our national team, Sheikh Saeed bin Maktoum (57 plates) and Mohammed Hassan, who finished runner-up (54 plates) and presented a distinguished performance and won the silver medal, while Saif bin Fattis in Third place (44 layers) and won the bronze medal, followed by Obaid Musbeh bin Dhawi Al-Ayed in fourth place after a strong absence (25 layers), then Rashid Al Balushi fifth with (22 layers), then the promising shooter Salem Ahmed bin Ham sixth.
After the conclusion, Abdullah Salem bin Yaqoub Al Zaabi, Saeed bin Muhammad Al Qasimi and Mubarak Al-Ariani crowned the winners of the tournament and honored the judges who ran the competitions.
Sheikh Saeed bin Maktoum bin Rashid Al Maktoum expressed his happiness with the victory.. He said that everyone is a winner because the return of activity in itself is a gain for everyone, especially since our team is about to participate in an important event, which is the Gulf Games to be held in Kuwait at the beginning of next year.. He congratulated the Shooting Federation on The success of the organization also congratulated the winners.
For his part, the crowned UAE champion praised the promising shooter Salem bin Ham, stressing that he is a good material that can be refined to become a good supporter of the national team, provided that he continues training.
For his part, Abdullah Salem bin Yaqoub Al Zaabi, Secretary-General of the Federation, thanked and congratulated Sheikh Saeed bin Maktoum bin Rashid Al Maktoum for his participation, and thanks go to Sheikh Juma bin Dalmouk Al Maktoum, head of the Fazza shooting team, and Sheikh Mohammed bin Dalmouk Al Maktoum, who participated in the dirt competitions. He thanked the family of the Al Ain Equestrian, Shooting and Golf Club, which hosted the tournament and congratulated the winners.
Al Zaabi indicated that the next championship, the National Day Championship, will be held from December 3-5 in Al Ain Club.