Sahal would have had more impact if he had played in T20 World Cup: Dinesh Karthik 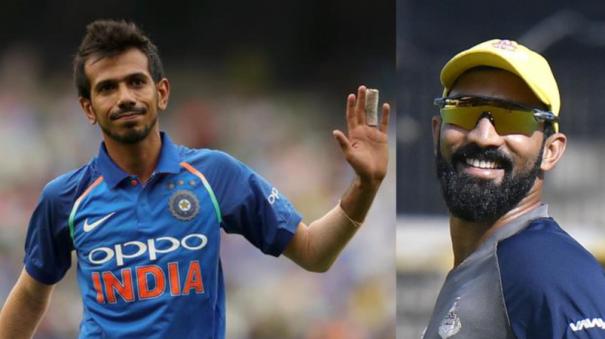 New Delhi: Dinesh Karthik said that if Yuvendra Sahal had played in the T20 World Cup, he would have made a bigger impact.

In the last T20 World Cup 2022, the Indian team lost to England in the semi-finals.

In the semi-final match against England, the Indian team crashed out of the tournament after losing by 10 wickets. Then Indian spinner Yuvendra Chahal was not given a chance in the playing eleven. There were mixed reviews that he would have changed the course of the game if he had been given a chance in a few matches.

In this case, Indian cricketer Dinesh Karthik said that it would have been an interesting choice if Sahal had been selected in the playing eleven of the Indian team.

The selection of the team depends on the confidence the captain and coaches have in the players. In the last T20 World Cup, Indian team player Ravichandran Ashwin played very well in the early stage.

But in the end his performance was not good. But Yuvendra Chahal would have made a bigger impact if he had played. And Sahal would certainly have been an interesting choice for the Indian team. He has no games.