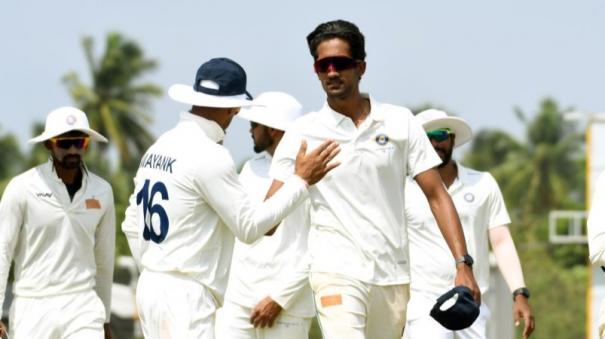 Mumbai: Rest of India squad for Irani Cup cricket tournament announced. Hanuma Vihari has been appointed as the captain. Sai Kishore, a spinner from Tamil Nadu, has also been included in the team.

Rest of India and Ranji champions Saurashtra will clash in the Irani Cup to be held in Rajkot from October 1 to 5. The Rest of India squad for this match has been announced.

The team led by Hanuma Vihari includes Mayank Aggarwal, Yashvi Jaiswal, Yash Dul and Umran Malik. Due to corona virus, this tournament is being held now after 2 years.