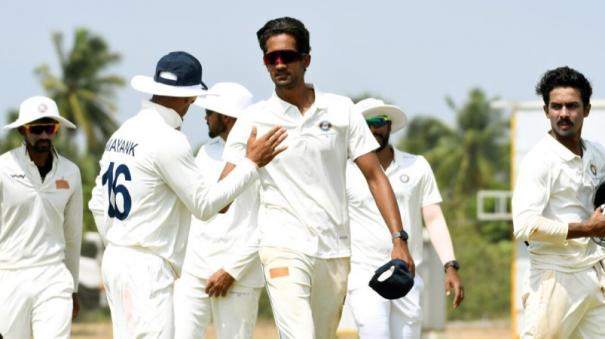 In this match being held in Salem, the South Zone team declared in the first innings by accumulating 630 runs for the loss of 8 wickets in 172.5 overs. North Zone, who continued to play, lost all wickets for 207 runs in 67 overs in yesterday’s 3rd day’s match. Nishant Sindhu 40, Yash Dul 39, Dhruv Shorey 28 and Manan Vora added 27 runs.