Salah al-Din Basir: Pohang is not strong… and the crescent should be careful 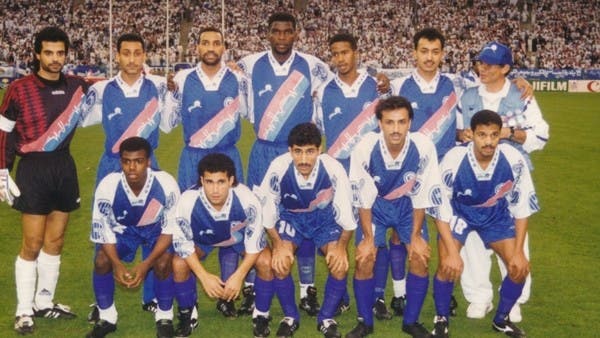 Salah El-Din Basir, the Moroccan international and former Saudi Al Hilal player, described the South Korean Pohang team as easy compared to Al-Nasr and Ulsan, and called on his former team to be careful and deal with the match with cold nerves.

The player who won the Asian Cup and the Continental Super Cup with Al Hilal said in statements to Al Arabiya.net: Al Hilal’s chances of winning are great because his career was distinguished in the tournament, especially against victory in the semi-finals, but facing the final is not easy, and the opponent is not strong compared to victory. Which was overtaken by Al Hilal in the semi-finals, and also Ulsan of South Korea, who was much better than Pohang in the face of the semi-finals.

Baseer warned his former team, Al Hilal, Saudi Arabia, from the Korean opponent, explaining: Football is a surprise. Logic says that the final is in the hands of Al Hilal due to the capabilities and capabilities of the team and its ability to score at any moment, but it is necessary to be careful and enter with cold nerves, because the opponent He has nothing to lose, and the final in Riyadh will make the pressure on Al Hilal even more.

And the player who wore the blue team shirt during the period from 1996 to 1997 added: But Al Hilal is a large and integrated team, and it can resolve the confrontation at any moment, and it is also able to compete in Europe and not only in Asia, and the specifications in it are desired by any coach.

The player who participated with Morocco in the 1998 World Cup praised several players in the team, such as the French Gomez, Salem Al-Dossary and Salman Al-Faraj, in addition to Muhammad Al-Buraik and Yasser Al-Shahrani, and added: All of them are distinguished by team and individual play at the same time, and for Salem Al-Dosari he is like the “Joker” in Al Hilal. The Saudi national team is a distinguished player, fast, dribbling, giving goals to his teammates, and defending as well.

On his most prominent previous memories with Al Hilal, he said: The best is definitely to win the Asian Cup Winners Cup final against Japan’s Nagoya, which is the match in which I scored, in addition to achieving the Asian Super, and wearing the Al Hilal shirt is a pride for every player, and I hope he succeeds in winning the continental title again.