Salah gets the worst rating in the Egypt-Nigeria match 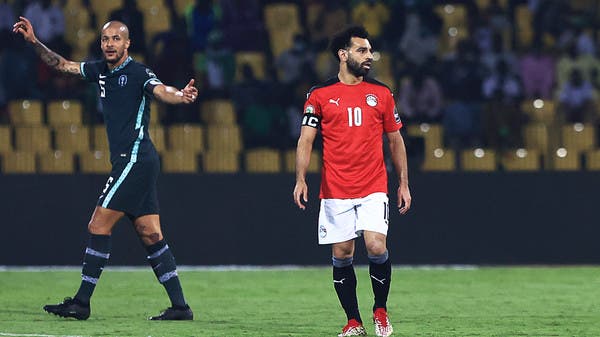 SofaScore gave Egyptian star Mohamed Salah the worst rating in his country’s match against Nigeria in the 2022 African Nations Cup, which was held on Tuesday and ended with Egypt losing 1-0.

Egypt, which Salah wore the captain’s armband, lost with a goal by Clichy Iheanacho in a bad start for the team that won the tournament 7 times previously.

Mohamed Salah, the top scorer in the English Premier League, got a rating of 6.1 on the site that specializes in evaluating players during the matches, which put him as the worst player in the match between the two players, while Omar Marmoush, his colleague in the Egyptian team, came in with a rating of 6.2.

Salah played the entire match, and shot one ball towards Nigeria’s goal. He also tried twice to dribble and succeeded in one of them, while he touched the ball 35 times throughout the match and made 12 correct passes out of 20 he made.

The Liverpool star lost 5 duels against the Nigerian players in return for success in two attempts, while he lost the ball 16 times and made one mistake.