Salah.. Mane and Firmino.. one of them will fall victim next summer 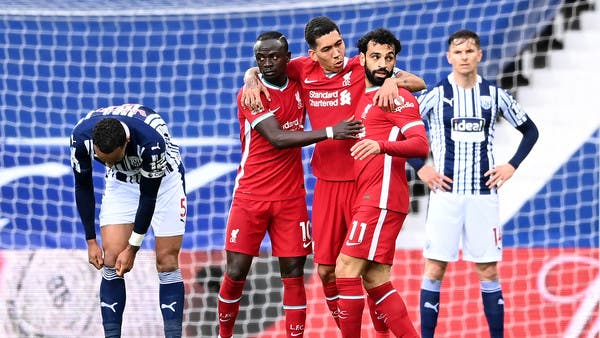 One of Mohamed Salah, Sadio Mane and Roberto Firmino, Liverpool stars, will fall victim to the year 2023, as media reports revealed on Tuesday that the Red Club will not be able to renew their contracts that expire next year, which means getting rid of one of them.

German coach Jurgen Klopp insists on retaining the three strikers who led Liverpool to achieving the 2019-2020 Premier League title for the first time in 30 years, as well as winning the 2019 European Champions League, but according to the global website Goal, keeping them all will not be possible.

Salah, Mane and Firmino enter the last year of their contracts with Liverpool next month, and unlike the Egyptian star, the Senegalese and Brazilian duo did not have important discussions to extend their phase with the club, which is currently ranked second in the English Premier League.

According to the report, Liverpool is required to amend the current wage structure in order to preserve the star Mohamed Salah, who is said to be demanding a large salary, and certainly the demands of the brilliant Mane during this season will not be far from his Egyptian colleague, but any offer for him and Firmino depends on the outcome of negotiations with Salah. .

Last January, Liverpool signed Colombian winger Luis Diaz from Porto, and the Latin player became essential in a short period after his brilliance in the matches that followed his red shirt.

Salah scored 22 goals in the English Premier League this season, while his colleague Mane scored 21 goals in all competitions, while Firmino, afflicted with injuries, scored 11 goals and provided 4 assists.