Salah shocks Liverpool .. and agrees with Barcelona to join for free 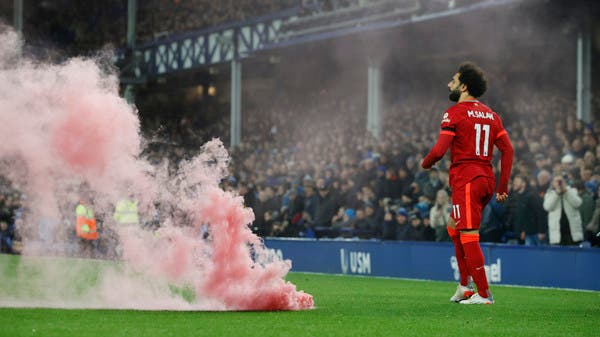 Al-Awsat Sports has been busy during the past hours with press reports that the Egyptian international player, Mohamed Salah, the Liverpool wing, promised the Barcelona club management to move to the Spanish team for free, after the end of his contract with his current team in June 2023.

In the details, it was reported that the Barcelona administration had told Salah that he could join them after the end of his current contract with Liverpool, and that the club’s management was arming about 235 million euros as a result of the deal to name the “Camp Nou” stadium in the name of the new sponsor “Spotify”, according to a report published by the newspaper “Mirror”. ” British.

This came after Salah announced in the press conference before the Champions League final against Real Madrid, that he does not want to be selfish by talking about his contract, saying: “I said that before and I say now, I am focusing on the team, especially in this important week during which the Champions League final awaits us. I don’t want to talk about the contract and its extension now, we have a long time, I will definitely stay at Liverpool next season, and we will see what happens after that.”

It is noteworthy that Salah had moved to Liverpool in the summer of 2017, and won with him the English Premier League, the Champions League, the FA Cup, the League Cup, the European Super, and the Club World Cup.

Salah was also crowned with two Golden Boot awards as the Premier League’s top scorer and more than one assist during the season, and won the Premier League Player of the Year award, voted by fans and critics.