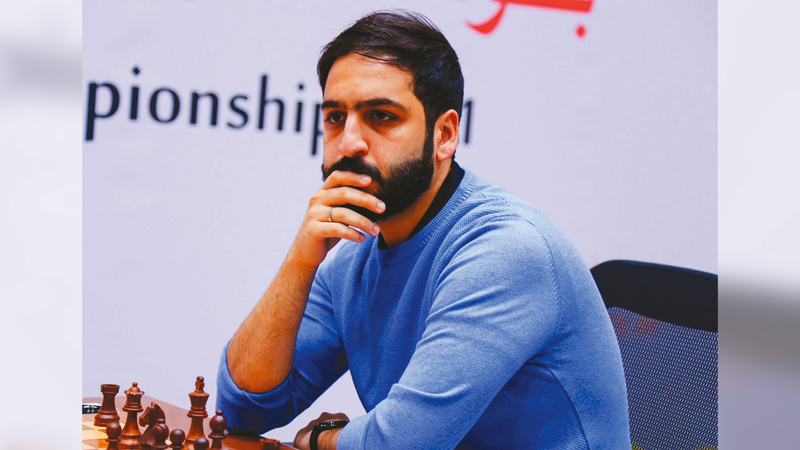 The player of the national team and Sharjah Chess Club, Salem Abdul Rahman, headed to Poland to participate in the World Chess Championship organized by the International Chess Federation in the capital Warsaw, and will continue until the 31st of this month, with the participation of 250 players from 48 countries and the elite of international masters and players ranked globally, to compete for the Prize money amounting to one million US dollars.

The list of participants is led by the current world champion and world number one, the Norwegian Magnus Carlsen, and the second place holder in the International Federation classification, French Alireza Firouzja, who became the youngest player with a rating of 2,800 points, and three former world champions will participate, namely: Russians Sergei Karjakin and Ian Nepomnyashchi, and American Fabiano Caruana. The tournament also recorded the participation of the Russian and three-time world hijacker Alexander Grischuk, and the American Hikaru Nakamura, who won the bronze medal in fast chess, and won the silver hijacker in the last edition of the World Championships in 2019.

The head of the delegation, Omar Noman Al Ali, confirmed that Salem Abdul Rahman is currently ranked 13th in the general preliminary classification of the world championship, noting that the Sharjah Cultural Chess Club harnessed all possible capabilities to prepare the golden boy and equip him at the highest levels by organizing many camps and international tournaments in the past period . He said in a press statement that “the club is working hard to be present on the global podiums through the plans and goals set by the club’s board of directors, which contributes to strengthening the presence of the UAE chess board globally.