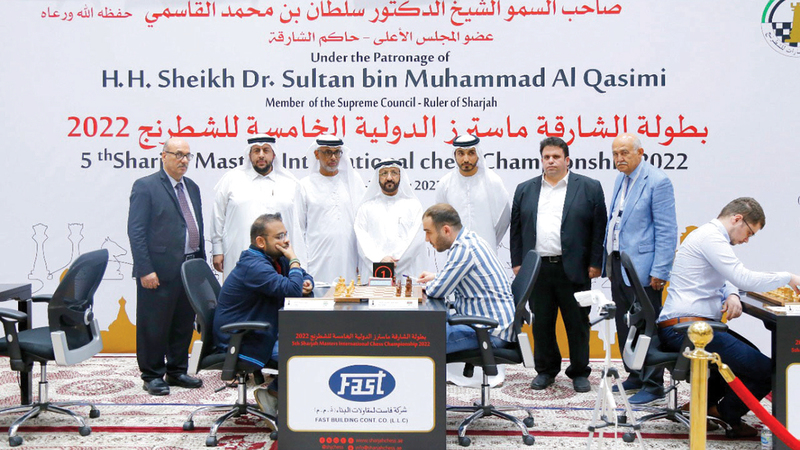 The player of the national team and the Sharjah Cultural Chess Club, Salem Abdul Rahman, continued his distinguished results in the Fifth Sharjah Masters International Chess Championship, which is held under the patronage of His Highness Sheikh Dr. Sultan bin Muhammad Al Qasimi, Member of the Supreme Council and Ruler of Sharjah, and its competitions will continue until the 30th of this month, with the participation of 80 players representing 48 countries are competing for the tournament prizes totaling $60,000.

The golden boy raised his score to 3.5 points after his victory in the fourth round over his Iranian counterpart, the great international professor Idani Pouya.