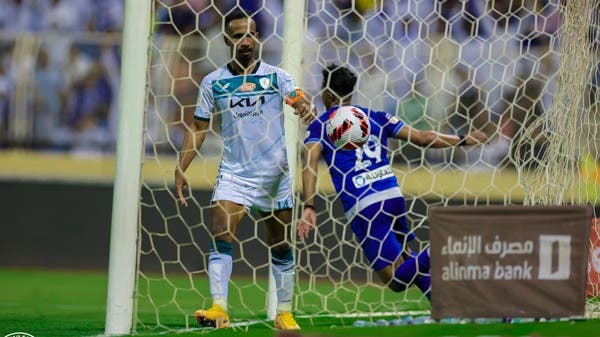 Salem Al-Dosari, the Al Hilal winger, is experiencing the best scoring season in his career that began 11 years ago in the Mohammed bin Salman Professional League Cup, after his contributions to the goals reached 14 goals.

Al-Dosari reached his ninth goal in the local competition this season, after leading his team to a precious victory over Al-Fateh in Al-Ahsa with three goals without a response in the penultimate round competitions.

Al-Dosari opened his nine goals this season against Al-Ahly Jeddah, then scored in Al-Faisaly and Al-Taawon before scoring twice in Al-Nasr and Al-Ittihad Jeddah with a goal in the first leg and another in the second leg, and finally two goals against the Ukrainian Maxim Koval, Al-Fateh goalkeeper.

Salem broke his best goal score in the league, which he achieved during the past season 2020-2021 with eight goals, and raised the number of his goals during all seasons he played in the tournament to 43 goals.