Salenko .. “Ukrainian” scored a historic record for Russia in the World Cup 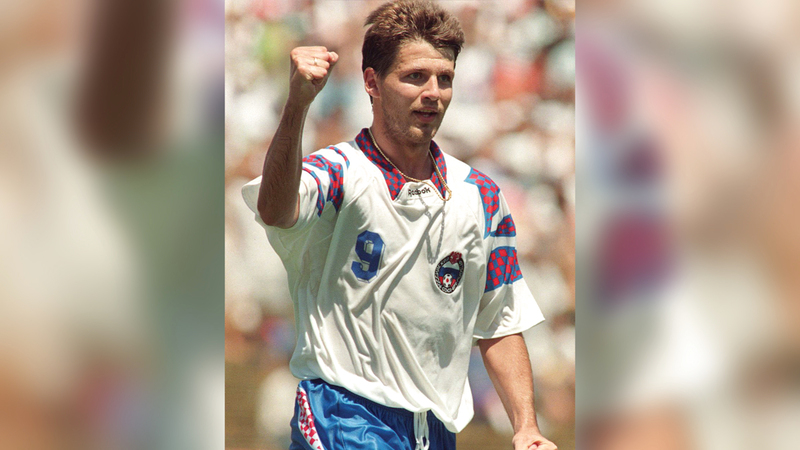 A unique story that was associated with one of the top scorers of the World Cup tournaments in history, and who did not enjoy much fame, because the spotlight shone on them in one round and for a very short period, but they carved their name in the history of the World Cup, and the matter is related to the Russian-Ukrainian Salenko, the top scorer of the World Cup «America 1994» of only two matches.

Salenko was one of the distinguished names in the Soviet Union’s national team during the 1989 World Youth Cup, which was held in Saudi Arabia, and at that time he scored five goals in four matches.

Salenko broke a unique world record, as he became the only one to be crowned top scorer in one of the World Cup tournaments, and did not reach the second round. And in the American Championship, Russia lost to Brazil 2-0, then to Sweden 3-1, and Salenko scored the only goal, but he blew all his capabilities at the end of the group stage against Cameroon, and scored five goals from six Russia against a goal for Cameroon, and his goals came in 60 minutes. Just. After this tournament he never played for Russia and returned to his native Ukraine.

• Salenko is the only one in the history of the World Cup to be crowned as a top scorer without reaching the second round.