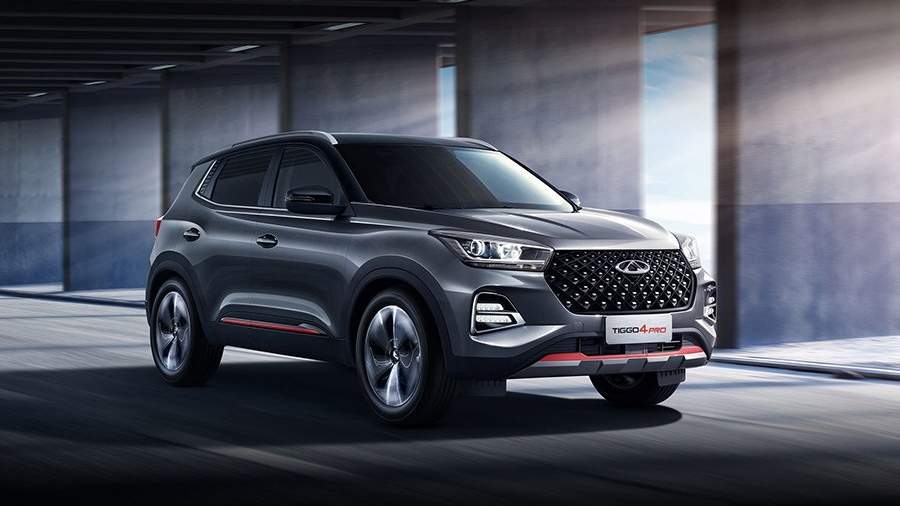 Russian dealers of the Chinese brand Chery now have the top-end configuration of the Tiggo 4 PRO crossover. In addition to the Action MT, Action, Family, Travel and Style versions, Ultimate has been added, the brand’s press service announced on January 25.

In the Ultimate version, the car has LED optics with a light sensor and a follow me home function, power folding mirrors, heating and turn signals, remote engine start and keyless entry to the passenger compartment, as well as an electric parking brake with AutoHold function.

The most luxurious crossover has a panoramic sunroof, electric position and lumbar support for the driver’s seat, atmospheric multi-color interior lighting, climate control, wireless charging for a smartphone, a 7-inch digital instrument panel and a 10.25-inch infotainment complex screen.

Tiggo 4 PRO Ultimate is available for purchase with a black leather interior.

The car is equipped with a one and a half liter petrol turbo engine with a capacity of 147 hp. in combination with CVT25 variator. Such a power unit provides acceleration of the car to 100 km / h in 9.7 s with fuel consumption in mixed mode of 7.1 liters per 100 kilometers. The minimum recommended retail price of a crossover in the Ultimate package is 2,159,900 rubles.

On January 11, the first photos of the interior of the new Chinese crossover Chery TJ-1 appeared on the Web. The publication “Chinese cars” suggested that the car in the future will become part of the lineup of the Omoda brand. Together with the TJ-1, a modification will appear on the Chinese market in the second half of 2023, which will belong to the Chery Tiggo line. Experts suggested that such a car would be equipped with a choice of two petrol engines of 1.6 and 2.0 liters.