Salmeen Khamis: The victory over Kalba is a message from Al-Ahly youth 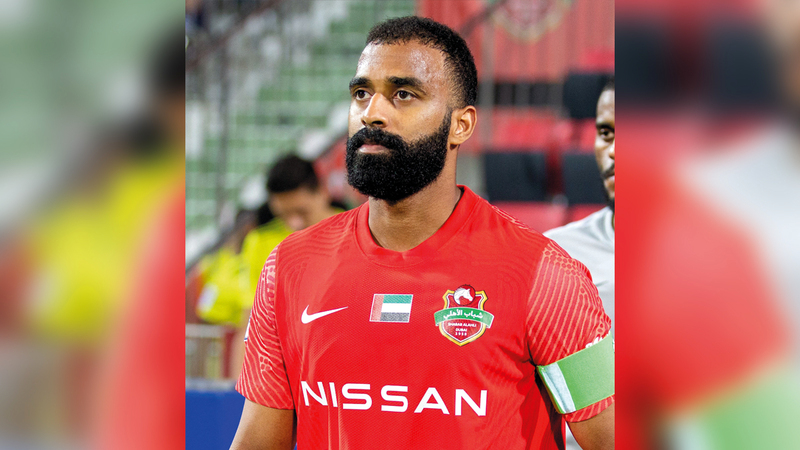 Shabab Al-Ahly player Salmeen Khamis confirmed that the victory of the “Dubai Knights” against the Kalba Union, the day before yesterday, at the end of the 22nd round of the ADNOC Professional League, is a message and a new start from the team in preparation for the next season.

Shabab Al-Ahly beat Al-Ittihad Kalba with two goals against a goal, to restore the team’s memory of victories after achieving its first victory in the league three months ago, when it beat Al-Uruba last February, before losing five consecutive matches against Sharjah, Al-Wahda, Al-Wasl, Al-Jazira and Al-Ain, to raise « The Dubai Knights” scored 33 points in fifth place, and the “Tigers” balance stopped at 24 points in tenth place.

Khamis said in a press statement: “I thank the Al Ahly youth fans who came to support the team in the match, despite our loss last week to the Professional Cup title in the final against Al Ain, as we undoubtedly made the fans (Dubai Knights) accustomed to the joy and winning championships, and certainly the results that What the team achieved this season is not worthy of it.”

He added, “We played with 11 players from outside the starting lineup, and despite the difficulty of the match against the Kalba Union team, which presents an outstanding level, we performed well and advanced with two goals, and there was some slackening in the second half, but we won.”

He continued, “This victory is a message from Al-Ahly’s youth that they will prepare well for the next season, and that this is a new start for us.”

He added: “Everyone in the club is upset after we lost three championships by penalty shootout by exiting the President’s Cup in the quarter-finals, losing the Super Cup, and losing the Professional Cup final, especially since Al-Ahly youth, even if it is at its worst levels, achieves championships, and the followers’ talk that the team He has not achieved good results this season, which shows the position the team deserves.”

Salmeen Khamis praised the performance of the referees in the league, and said: “I must pay tribute to the referees of the professional league, as we played last month in the group stage of the AFC Champions League, and frankly, there is no difference between arbitration in the continental championship and Emirati arbitration, and I think that the referees in the professional league are better. than their counterparts in the Asian Champions League.

• «The results achieved by the Al-Ahly youth team this season are not worthy of it».