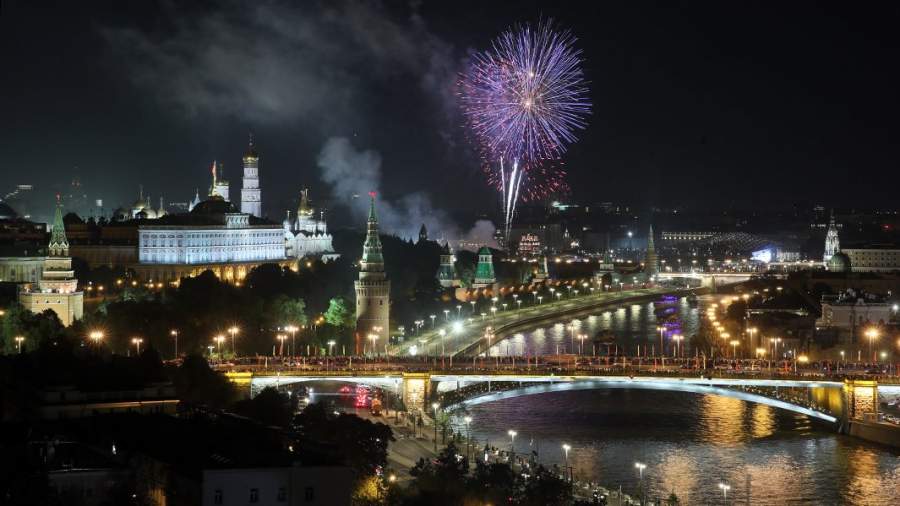 Fireworks in honor of the 875th anniversary of Moscow on the evening of Saturday, September 10, will be launched from 23 sites. At 21:00, more than 30 thousand volleys will thunder in the sky over the metropolis, according to a message on the website of the mayor of the Russian capital.

It is expected that Moskvoretskaya Embankment, Pobedy Park on Poklonnaya Gora, Gorky Park, Tagansky Park, and the water area of ​​the Moskva River in the Pechatniki area will traditionally be the most popular for watching fireworks among the guests of the holiday.

More than 25,000 park fireworks will be seen from 15 launch points in Moscow. They will thunder in the Hermitage Garden, Gorky Park, Bauman Garden, Sokolnik Park and others.

On Saturday morning, Russian President Vladimir Putin congratulated Muscovites on City Day. The head of state noted that the capital is rightfully considered one of the most beautiful and comfortable cities in the world.

The head of state highly appreciated the work of Moscow Mayor Sergei Sobyanin, saying that he was up to all tasks.

Sobyanin congratulated the residents of the capital on the 875th anniversary of the city, noting that the city is connected with the fate of every Muscovite and the fate of the whole country.

On September 10 and 11, Moscow celebrates its 875th birthday. This year, a large-scale cultural and entertainment program has been prepared for residents and guests of the city. The central venue for the celebration will be Tverskaya Street.