Samajwadi Party leaders in UP agitated by party defectors from BJP, BJP and Congress 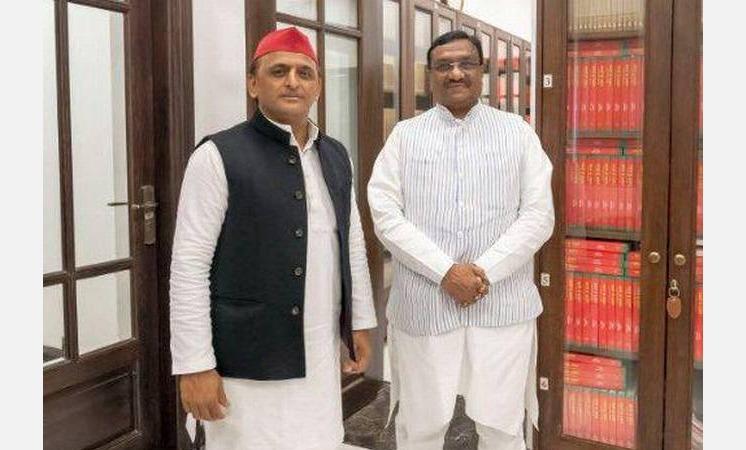 For example, senior leaders Swami Prasad Maurya and Rajesh Pandey from the BJP are preparing to join the Samajwadi Party. Imran Masood and Ram Achal Rajbar and Lalji Verma from the Congress have joined the Samajwadi Party. Even when the party is not in power in UP, Samajwadi Party MLAs who have been working for the party and hoping to get a ‘seat’ in the elections and in the hope of getting a chance to contest re-election are upset. If they are denied the opportunity, it will create a major problem for the Samajwadi Party at election time. The question is how Akhilesh Yadav is going to handle this issue.

Manoj Pandey is currently the Samajwadi Party MLA, especially in Unsahar constituency. Utkrisht Maurya, son of Swami Prasad Maurya, who contested in the last election in this constituency, lost. So, it is learned that Swami Prasad, who has now jumped from the BJP, has asked his son Utkrisht Maurya for a ‘seat’ in the Unsahar constituency. Thus Manoj Pandey is in turmoil. He contested on behalf of the Bahujan Party and later in the 2016 elections BJP Utkrisht was the candidate on behalf of. Swami Prasad had asked Unzahar constituency for his son in this election as well BJP He is also accused of jumping to the Samajwadi Party for refusing.

It seems that this issue will arise for Akhilesh Yadav during the block allocation. At the same time, it has been reported that Akhilesh has asked Ud Christ to set aside the Papamov constituency in Prayagraj.

Similarly, Imran Masood, an influential Congress leader in western Uttar Pradesh, recently met Akhilesh Yadav. He is also expected to join the Samajwadi Party soon. So the Saharanpur area Samajwadi Party senior leaders are in fear of losing their chance.

Thus in that district Samajwadi Party Executives and senior leaders in the expectation of getting a ‘seat’ are shocked. Other parties in UP are closely watching how Akhilesh is going to handle such issues.