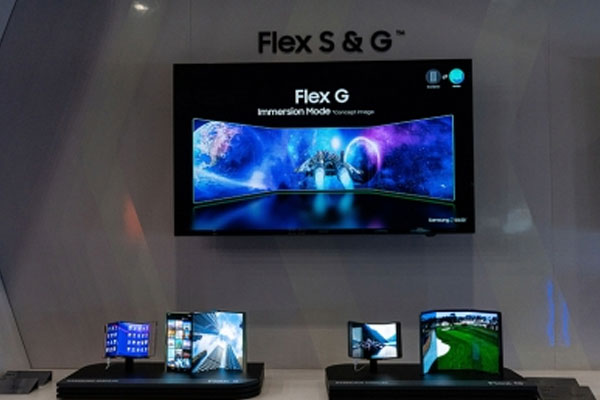 
San Francisco. Mobile giants Samsung and LG on Wednesday showcased the futuristic foldable screen, which folds twice like a tri-fold wallet from the current single-fold design and displays that fold on both the inside and the outside. At the annual Display Week conference in California from May 10-12, the South Korean giant showcased revolutionary displays including two-way mobile slideables, new foldable displays for gaming and the most advanced quantum dot display technology for the large display market.

Samsung Display premiered its 12.4-inch slideable display, which features a panel that extends the screen horizontally from both ends.

The company said this capability is beneficial for document creation as well as social media posting.

Samsung Display also featured a ‘Gaming Foldable OLED’ display that allows controllers to be attached at both ends, but can also be folded in half.

LG Display unveiled a new form of foldable OLED technology this year. It’s an 8-inch 360-degree foldable OLED that folds freely in both the in and out directions.

Thanks to the stable module structure, the screen can be folded over 200,000 times without compromising on its performance. The company said that it also uses a special folding structure to reduce. It provides a comfortable and state-of-the-art user experience.

The company has also showcased a 42-inch ‘Bendable OLED Gaming’ display with a curvature range of up to 1,000 mm or a radius of 1,000 mm.