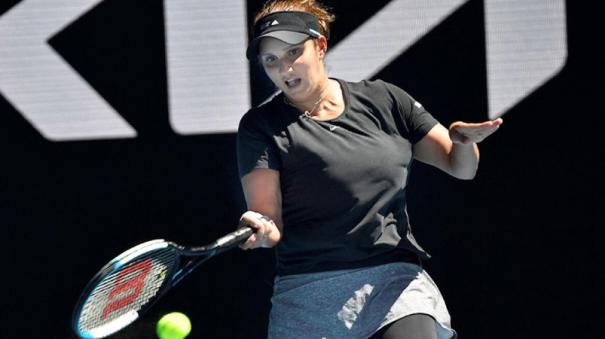 New Delhi: Indian tennis star Sania Mirza has decided to retire from tennis with the upcoming Dubai Duty Free Tennis Championship to be held in Dubai in February. Sania announced her retirement decision to the Women’s Tennis Association.

36-year-old Sania Mirza had planned to retire from international tennis by the end of last year. But due to an elbow injury, Sania Mirza was unable to play in the US Open series. Earlier, he had not participated in any competition since August.

Sania Mirza, who has been living in Dubai for the past 10 years, has decided to play her tournament there. Regarding this, Sania Mirza says, “I had decided to retire with the WTA Finals series at the end of last year. But I injured my elbow before the US Open. I had to retreat from everything because of this.

I like to do things according to my own decisions. I don’t want to be forced by injury. So I keep practicing. “The plan is to retire from tennis with the Dubai Duty Free Tennis Championship to be held in Dubai in February,” he said.