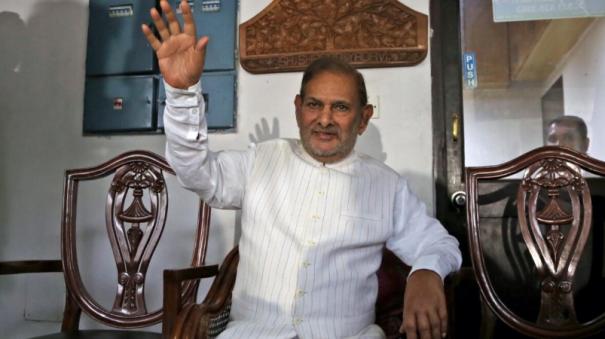 New Delhi: Former president of United Janata Dal, Sarath Yadav, was suffering from kidney problem. He was being treated at the Porties Hospital in Gurugram near Delhi due to shortness of breath. In this case, he passed away yesterday (Thursday) night without treatment. He is 75 years old.

Sarath Yadav was born in 1947 in Babai village, Hosingabad district of Madhya Pradesh. In 1971, he became the President of the College of Engineering Student Council. He then entered politics and worked against the Congress. Misa was also caught in the act.

Sarath Yadav has been an MP of various states like no other national politician. Entering Bihar politics, Sarath Yadav served as Madhepura MP for 4 terms in 1991, 1996, 1999, 2009.

Sarath Yadav started the Janata Dal in 1988 under the leadership of VP Singh. In this, VP Singhal, who was the Prime Minister for a short time till 1989-90, became the Union Minister for the first time.

Sarath Yadav came under the guidance of Bihar’s social revolutionaries Jayaprakash Narayanan and Ram Manohar Lokia. He became a communalist like them and emerged as a ‘Kingmaker’ in Bihar politics.

After the sudden death of Bihar Chief Minister Karpuri Thakur, Lalu became the Leader of the Opposition on behalf of the Janata Dal with the support of Sarath Yadav. Sarath’s vigorous campaigning in the ensuing assembly elections saw Lalu become the Chief Minister. Sarath Yadav was the political guru of Nitish Kumar, the current chief minister of Bihar. Along with Nitish, he started the United Janata Dal Party and continued to support him and make him the Chief Minister. But Sarath Yadav had to part with these two leaders for several years in between.

Sarath Yadav, who started the Lok Tandrik Janata Dal in 2018, merged it with Lalu’s party in 2020. Then he joined hands with Nitish due to mega alliance.

In his condolence message, Prime Minister Narendra Modi said, “The death of Sarath Yadavji, who was in public life for many years, is deeply saddened. I cherish and enjoy my occasional conversation with him. My deepest condolences to his bereaved family and friends. Om Shanti” mentioned. Sarath Yadav’s last rites will be held today in his hometown in Madhya Pradesh.