Sarbaraz Khan fumes that the selection committee did a bad job by saying ‘You are selected, ready’ 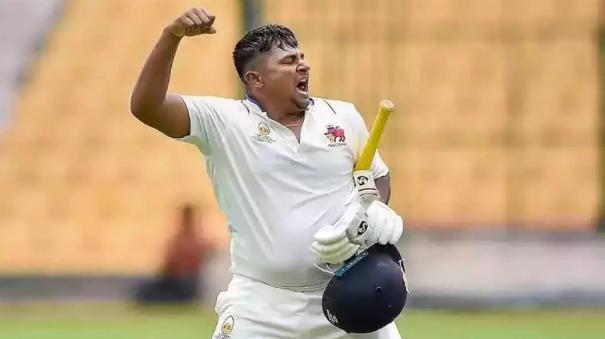 If he had the right, big sponsors, Sarbaraz Khan would have been inducted by now, which is the reality of the BCCI today. The Board of Control for Cricket in India is now run by commercial powers like investment powers, IPL powers.

This is the reason why Kuldeep Yadav is not in the next match even after scoring 40 runs and 8 wickets. Because the Jadeja lobby is big in the selectors and now that he has jumped into the political arena, the lobby for him has become bigger. So the place should be ready when he comes in. If Kuldeep Yadav can’t be removed from the team after that, who will answer the Jadeja lobby? This is the status of BCCI today.

That’s why there are so many mistakes in the team selection, they refuse to select Ishan Kishan, who scored a double century in Bangladesh. Because Rohit, Virat Kohli, Subman Gill, Hardik Pandya business lobby is bigger than Ishan Kishan. in this situation. Our question is whether Sarbaraz Khan would believe even if someone in the team selection committee said, ‘Get ready, you have to go to Bangladesh, you have been selected’.

Sarbaraz Khan has also understood now, which is why he has lashed out in an interview: “When the Indian team was selected and announced, my name was not in it. I was in so much pain that anyone in the world would be in pain in my place. I thought that we will definitely get selected. But did not choose. All day yesterday I was painfully sad and not working. Why is this happening? What else needs to be done? I was so lonely that at one point I burst into tears.

I met the selectors in Bengaluru after I scored a century in the Ranji Trophy final. Then they said, ‘Your chance has come, get ready for the Bangladesh series’. But it didn’t happen. Now I saw the selection committee chairman Chetan Sharma while staying in the same hotel in Mumbai. He told me, “Don’t lose heart, your time will come. It takes time for good things to happen, you are close to playing in the Indian team, you have a chance,” he said.

I also played another important innings but was not selected in the Indian team. It doesn’t matter, I am trying to decide what to do,” said Sarbaraz Khan.