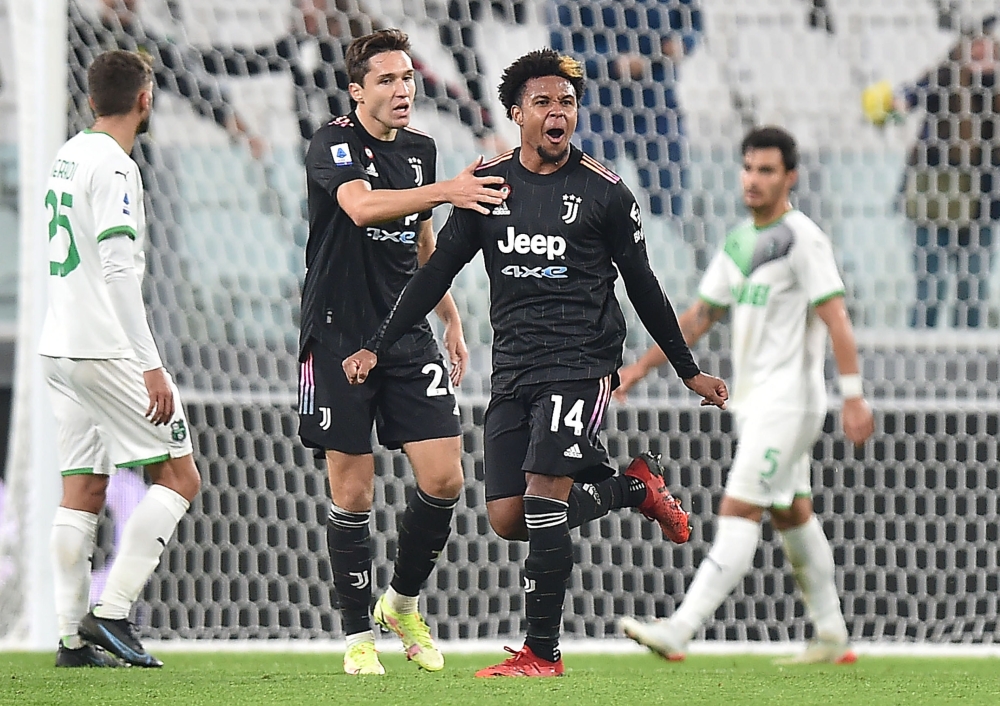 Sassuolo snatched a surprising and important victory from its host, Juventus, 2/1, today, Wednesday, in the tenth stage of the Italian Football League.

Sassuolo advanced in the 44th minute through David Frattisi, before American Weston McKinney equalized for Juventus in the 76th minute.

In the fifth minute of stoppage time for the second half, Maxime Lopez snatched the second goal for Sassuolo.

And Sassuolo, who achieved his second victory in a row, raised his score to 14 points in ninth place.

On the other hand, Juventus’ balance froze at 15 points in seventh place, as it received two defeats this season, both of which came at its stadium and among its fans.

In another match within the competitions of the same stage, Atalanta defeated its host Sampdoria 3/1.

Francesco Caputo advanced to Sampdoria in the tenth minute, but his colleague Christopher Axeldsen scored an own goal for Atalanta in the 17th minute.

In the 21st minute, Duvan Zapata added the second goal for Atalanta, before his colleague Josip Ilicic completed his team’s hat-trick in the fifth minute of stoppage time for the second half.

Atalanta raised its score to 18 points in fourth place, while Sampdoria’s balance froze at nine points in fifteenth place.

Udinese advanced through Isaac Succes in the third minute, before Antonin Barak equalized for Verona in the 83rd minute.