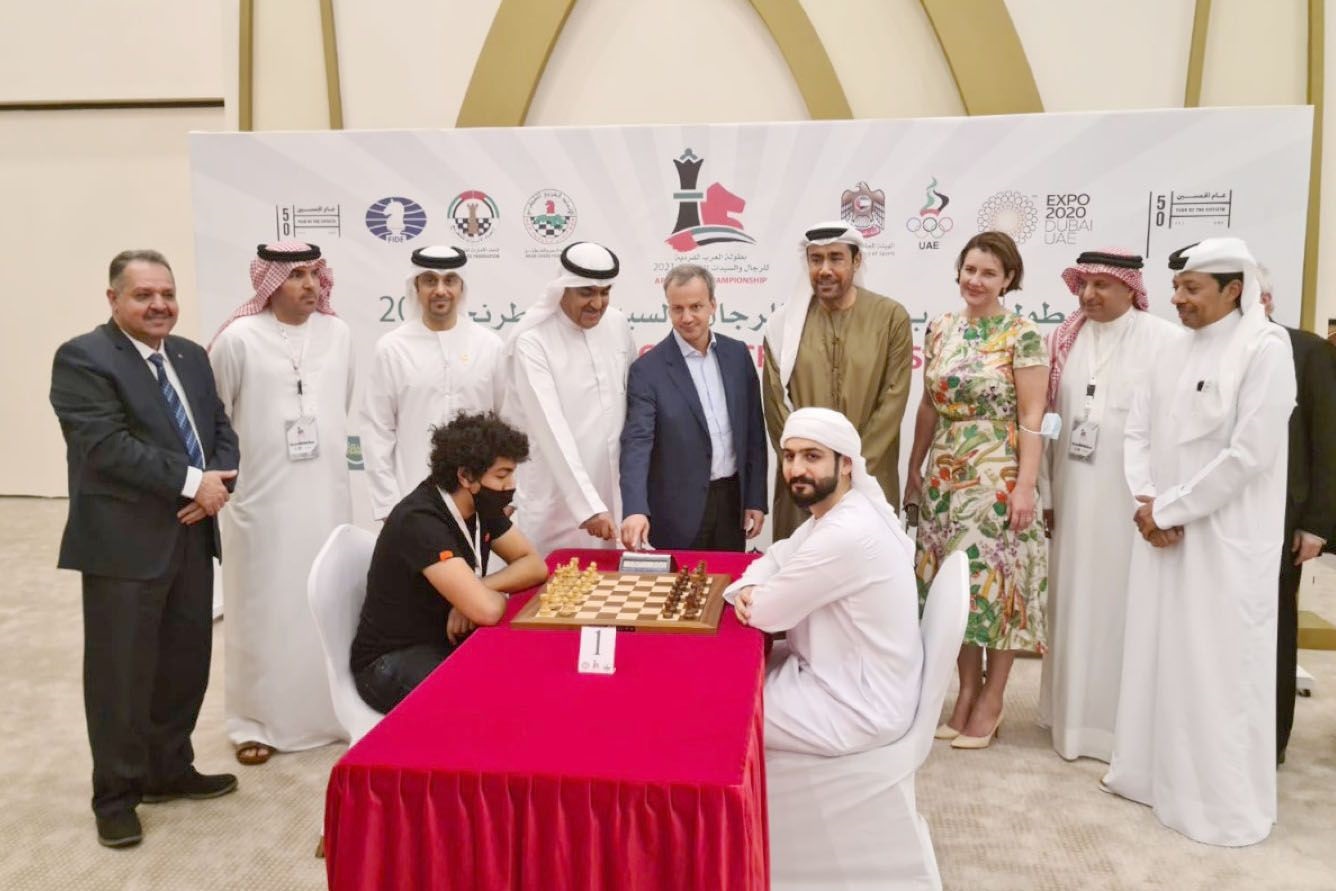 Sheikh Saud bin Abdulaziz Al Mualla, President of the Arab Chess Federation, in the presence of the President of the International Chess Federation, Arkady Dvorkovich, Major General Ali Ateeq bin Lahej, representative of the Dubai Police General Command, Sarhan Al Muaini, President of the Emirates Chess Federation, and Khaled Al Midfa, Assistant Secretary-General of the General Sports Authority, on Thursday evening inaugurated the Dubai Police Officers Club. In Garhoud, the Arab Individual Chess Championship for men and women, in which 66 male and female players are participating, with an average of 34 male and female players representing 19 Arab countries, will compete until the fourth of next December to win the championship.