WorldSaudi Ambassador to the United Kingdom visits the Saudi pavilion at the...
World 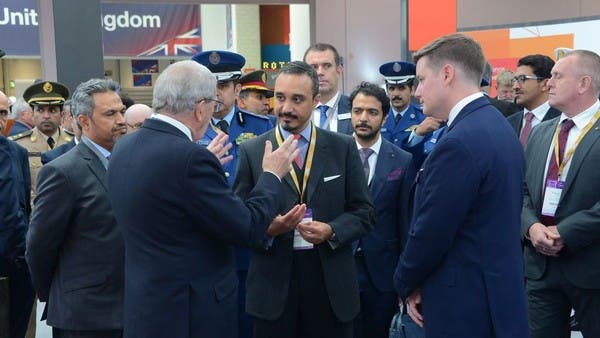 The Ambassador of the Custodian of the Two Holy Mosques to the United Kingdom Prince Khalid bin Bandar bin Sultan bin Abdulaziz visited the Saudi pavilion participating in the Defense and Security Equipment International (DSEI) exhibition in the British capital, London, and was accompanied by British Defense Minister Ben Wallace.

During the visit, he was briefed on the rapid steps taken by the Saudi military industries sector towards localization, and the local capabilities that the sector has that meet the operational needs of the military apparatus.

He also listened to an explanation about the sector’s most prominent goals in Saudi Arabia, its promising investment opportunities, and the General Authority for Military Industries’ efforts to localize the sector with more than 50% of spending on military equipment and services by 2030.

At the conclusion of the visit, Prince Khalid bin Bandar bin Sultan expressed his appreciation for the efforts made to represent Saudi Arabia through its Saudi pavilion participating in the international exhibition, and the great incentives and promising investment opportunities it included by opening horizons for international cooperation with major regional and global companies, and forging qualitative partnerships with companies. Saudi Arabia working in the sector and specialized in defense and security industries.

Previous articleIntroduction on Facebook .. Physically together, now pregnant .. Finally, a shock to him!
Next articleMilena Zárate faces Melissa Paredes: “Thanks to my clowning you had headlines”