Saudi Arabia: A breathtaking video to save people caught in a torrential torrent 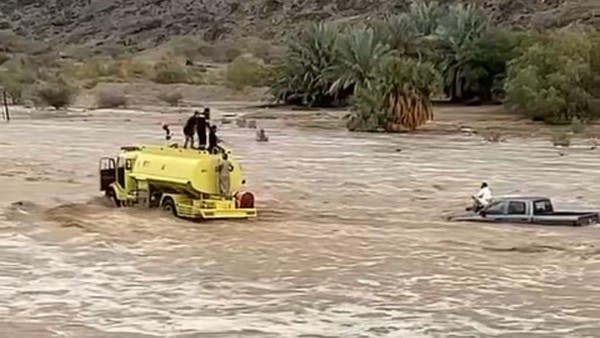 A breathtaking video clip circulating on communication platforms documented one of the vehicles submerged in the torrent, as a result of the rain in the area, which showed the driver and passengers stuck in the torrent waiting for the civil defense to intervene to save them.

For its part, the Civil Defense in Makkah Al-Mukarramah, commenting on the circulating clip, said, “We make it clear that they were rescued, 4 people in a valley in the village of Al-Bustan in the Al-Abwa Center,” indicating that they are in good health.

While the official spokesman of the General Directorate of Civil Defense, Lt. Col. Muhammad Al Hammadi, called on everyone to be vigilant and wary of potential dangers in such an atmosphere, to stay away from places where torrents accumulate, and to abide by the instructions of Civil Defense announced through various media and social networking sites; In order to preserve their safety, he affirmed the readiness of the Civil Defense to implement the necessary plans and measures for rainy cases.