Saudi Arabia and America.. a match that brings back memories of the nineties 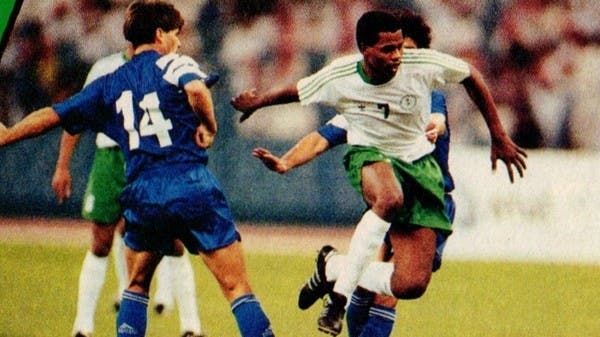 The Saudi national team will return to meeting America for the first time in more than 23 years, as the first announced the establishment of a friendly match between the two teams next September in preparation for the 2022 World Cup, in the seventh historic meeting between them.

The Saudis played 6 matches against the United States in less than 7 years, twice in the Confederations Championship, while 5 times were friendly events.

The first historic meeting between the two teams was in October 1992, which Riyadh hosted in the first edition of the Confederations Championship, at which time the Saudis won 3-0 through Fahd Al-Hariqi, Youssef Al-Thunayan and Khaled Massad, and after 6 months, the United States team returned to Riyadh again in a friendly match in which it won with two goals from Joe Max Moore and Michaelic Road.

In preparation for the 1994 World Cup, the Saudi team met its American counterpart in New Jersey and ended in a goalless draw. As for the 1994 match that was held in Al-Khobar, it ended with a Saudi victory 2-1 through Sami Al-Jaber and Fahd Al-Ghashiyan against a goal by Frank Klopas.

The two teams’ match in October 1995, hosted by Washington, DC, was the most exciting in the history of their matches, as the Saudis advanced with three goals in one half, which came through Sami Al-Jaber, Fahd Al-Muhalal and Saeed Al-Aywan, and the Americans reduced the difference through the famous Alex Lalas and Joe Max Moore, and in 6 minutes in the second half scored Ramos and Roy Lasner scored twice, ending the match with an American victory 4-3.

The last meeting between them came in the third and fourth place match in the 1999 Confederations Cup in Guadalajara, Mexico, in which America won through Bravo and McBride.