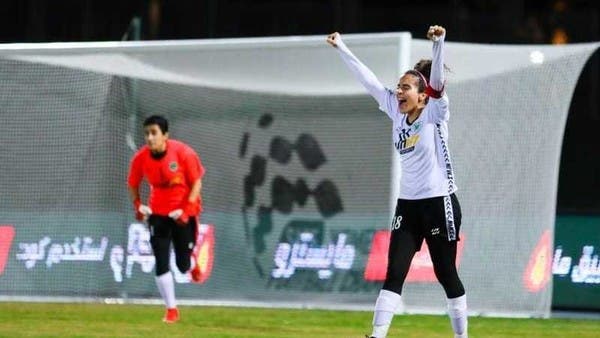 The Kingdom’s women’s team hijacked the Kingdom’s “women’s” football championship for the 2021-2022 season, after winning the final match over its counterpart, the Challenge Team, by seven goals for free. In Jeddah, in the presence of the Undersecretary for Strategic Planning and Investment Adwaa Al-Arifi, and the Secretary-General of the Saudi Football Association, Ibrahim Al-Qasim.

For her part, Member of the Board of Directors of the Saudi Football Association, Director of the Women’s Football Department, Lamia Bin Bahian, praised the seriousness of the participating teams in the tournament, and their keenness to provide levels that confirm the nation’s possession of players and technical and administrative equipment capable of making women’s football in the Kingdom global with the help of God, with the support of Officials in the Ministry of Sports, to make Saudi women’s football capable of competing regionally and globally.

It is noteworthy that the Al-Yamamah team managed to achieve the third place and bronze medals after defeating its counterpart the Jeddah Eagles with three goals without return, scored by Moudhi Abdel Mohsen, Al-Bandari Mubarak, and Anya Format.