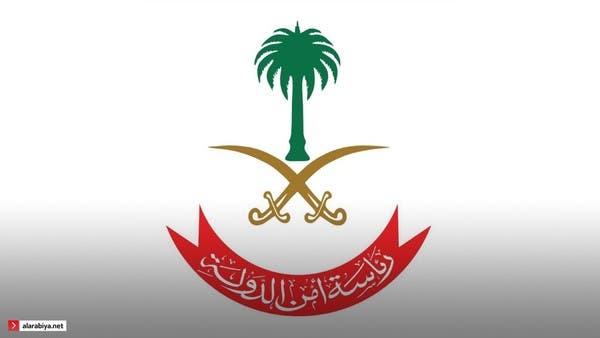 Today, Tuesday, the Presidency of State Security in Saudi Arabia announced the designation of 8 individuals and 11 entities on the terrorist list for their support of the Houthi militia.

Saudi Arabia classifies individuals and entities; They are linked to activities in support of the terrorist “Houthi” militia. pic.twitter.com/w6M22gIyTQ

The Saudi Press Agency (SPA) stated that this decision comes in addition to the classification of the Houthi militia as a terrorist organization, in the statement issued by the Kingdom’s Ministry of Interior on 6/5/1435 AH.

The agency added that “Saudi Arabia is determined and will continue to work to stop the influence of the terrorist Houthi militia, targeting the most prominent individuals and entities who provide financial support to it, and cause violence to fuel, endanger Yemen, its people and interests, and destabilize the region and obstruct international navigation.” and prolonging human suffering.

And she pointed out, “Freezing all assets belonging to the names of the individuals and categorized entities, which number (19) names, and it is prohibited to carry out any direct or indirect dealings with or for these names, by financial institutions, professions and non-financial businesses, and all legal and natural persons.”

The names of the individuals and entities categorized as follows:

The list of individuals included Saleh bin Muhammad bin Hamad bin Shajia (Yemeni), who is associated and cooperates with the terrorist “Al-Qaeda” organization, and provides financial support, weapons and ammunition for the Houthi terrorist militia.

Also, the so-called Nabil bin Abdullah bin Ali Al-Wazir (Yemeni), is a member of the Board of Directors of the Al-Zahraa Corporation for Trade and Agencies, which works to facilitate the smuggling of money and oil for the benefit of the Houthi terrorist militia.

The list also included Ismail bin Ibrahim al-Wazir (Yemeni), who manages several companies that facilitate the smuggling of money and oil for the terrorist “Houthi” militia.

Relations with the Revolutionary Guard

And the so-called Qusai bin Ibrahim, the Yemeni minister, is linked to the Iranian Revolutionary Guards, and he is the founder of the Fuel Oil Company for importing oil derivatives, which works to facilitate Iranian oil smuggling for the Houthi terrorist militia.

Ali bin Nasser Qarasha (a Yemeni national previously announced on the Kingdom’s wanted list on February 16, 1439 AH), cooperates directly with the terrorist al-Qaeda organization, and works to supply weapons and equipment for the terrorist Houthi militia, as well as facilitating cooperation between the Iranian Revolutionary Guards And the terrorist “Al-Houthi” militia, and he established the “Black Gold” company, and other oil companies, which work to smuggle and buy Iranian oil.

The list also included Zaid bin Ali bin Yahya Al-Sharafi (Yemeni), cooperating directly with the terrorist “Al-Qaeda” organization, owning the “Salm Road” company for trade and import, as well as the “Oil Primer” company, and managing the “Azal” company. Member of the Board of Directors of (Sam Oil) Company for Trading and Oil Services Ltd., and these companies are working to facilitate the smuggling of Iranian oil for the benefit of the terrorist “Houthi” militia.

And the so-called Abdullah bin Abkar Abd al-Bari (Yemeni), founder of the Abker Oil Services Company, is cooperating with the terrorist Houthi militia in the field of importing Iranian oil.

Likewise, the so-called Saddam bin Ahmed bin Muhammad al-Faqih (Yemeni) cooperates directly with the terrorist organization Al-Qaeda. He is the founder of the Sam Oil Company for Trade and Oil Services Ltd., and a member of the Board of Directors of the “Al-Faqih International” Company for Trade, Industry and Oil Services Ltd., and the two companies are working on Facilitating Iranian oil smuggling for the terrorist “Houthi” militia.

The agency indicated that all of these entities work in the field of importing Iranian oil, and provide financial facilities for the Houthi terrorist militia.