Saudi Arabia.. Find out the details of booking Umrah permits for the month of January 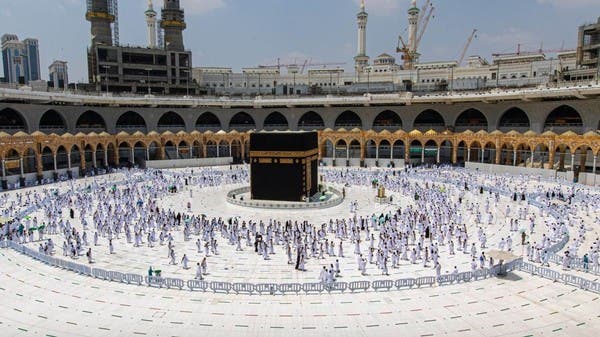 The Saudi Ministry of Hajj and Umrah announced the availability of the service of issuing permits to perform Umrah during the month of January, through the “Umrahna” application for those wishing to perform Umrah throughout the month, or for one of those accompanying them.

The application of “Umrahna” is used as follows:

*The user has to choose the language.

* The user is required to write down his official data and information.

*The last step, the user presses OK, and then he can register on OK to make reservations for Hajj and Umrah.

The “Umrahna” application was launched by the Ministry of Hajj and Umrah, in the Kingdom of Saudi Arabia, on September 27, 2020, according to the precautionary measures taken to limit the spread of the Corona virus, and it was authorized to use and activated starting from October 14, 2020 for Saudi citizens and residents on the territory of the Kingdom.

The Ministry of Hajj and Umrah had interacted with inquiries about when the service of issuing and booking Umrah permits would be available at the beginning of the new year 2022, asking the beneficiaries to follow up on the availability of reservations through the application.