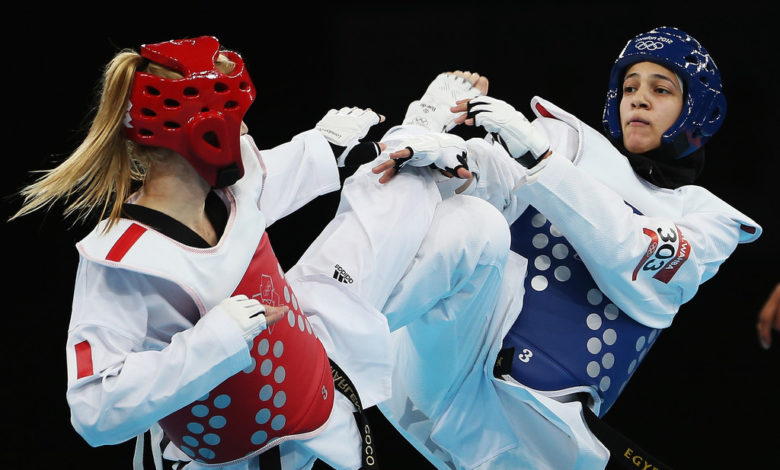 The first edition of the World Taekwondo Championship for Women, hosted by Saudi Arabia from 25 to 27 November, will start tomorrow, Thursday, on the stadiums of sports halls in Riyadh, with the participation of more than 171 players, coaches and technical administrators from 36 countries.
The tournament, according to the statement of the Saudi Taekwondo Federation, which was published on its official account on the social networking site “Twitter”, today, Wednesday, will witness the establishment of competitions in weights (up to 46 kilograms, up to 49 kilograms, up to 53 kilograms, 57 kilograms, up to 62 kilograms, up to 67 kilograms). kilograms, up to 73 kilograms), plus open weight.
The President of the Saudi Taekwondo Federation, Shaddad Al-Omari, stressed the importance of the tournament, as it is being held for the first time, and is hosted by Saudi Arabia, “which is a historic decision by the International Taekwondo Federation to create a special version of the Women’s World Championship.”
Al-Omari stressed the readiness of the Saudi Taekwondo Federation to host the tournament, and said: “We are ready on all technical and organizational aspects, as well as the readiness of Saudi female players, who will participate in this edition with the largest Saudi representation during the world championships.”
The Saudi team will enter this tournament with 10 players: Taiba Al-Sharif, Lara Kazem, Rahaf Al-Shamri, Noha Al-Maimani, Eithar Hayyan, Sarah Al-Shaer, Abrar Bukhari, Mais Al-Shamri, Donia Abu Talib, Tartila Al-Taweel, in addition to Fatima Ayat Hamo (coach) and Nujoud. Imam (administrative) as well as Amna Al-Assaf and Raghad Al-Ghamdi (physiotherapists).
The confidence of the International Taekwondo Federation, in adopting Saudi Arabia as a host country for the first edition of the largest event in the game, is an extension of the great confidence that Saudi sport has enjoyed in recent years from international and continental federations in various sports, which confirms the great position that the Kingdom has reached globally. .