Saudi Arabia.. Rain and hail, and the Civil Defense warns of valleys 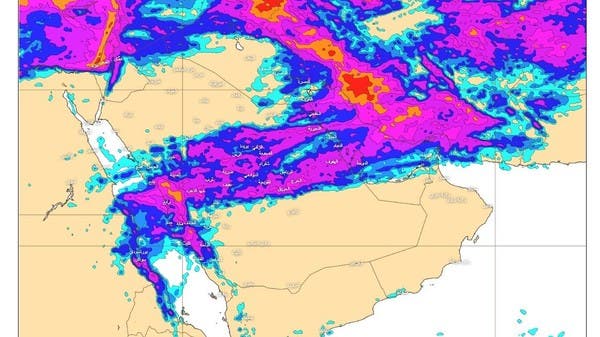 Weather and climate researcher Abdulaziz Al-Hussaini predicted the weather in the Kingdom during the next 24 hours, from Thursday until Friday morning, which ranges from light rain to heavy rain and hail.

Al-Hussaini explained in a tweet through his official account on the “Twitter” website, “The situation will be in parts of the regions of Makkah Al-Mukarramah, Al-Madinah Al-Munawwarah, Al-Qassim, Hail, Kuwait, the far west and north of Riyadh, and North Al-Sharqiya.”

The General Directorate of Civil Defense also called on everyone to exercise caution and caution, according to what was reported to it by the National Center of Meteorology of thunderstorms in parts of the Kingdom’s regions from today, Thursday, until next Saturday.

And the report of the National Center of Meteorology indicated that the regions of “Medina, Makkah Al-Mukarramah, Hail, Al-Qassim, Riyadh, Al-Sharqiya, Al-Baha, Asir, Al-Jawf, Tabuk and the Northern Borders” will be affected by moderate rain in total that may reach heavy on Friday and Saturday, and brisk winds. It may lead to torrential rains, and snowfall on the heights of Tabuk region is not ruled out.

The Civil Defense spokesperson, Lt. Col. Muhammad Al Hammadi, called on everyone to be vigilant and wary of potential dangers in such an atmosphere, to stay away from places where torrents accumulate, and to abide by the instructions of Civil Defense announced through various media and social media sites. For their safety, he affirmed the readiness of the Civil Defense to implement the necessary plans and measures for rainy cases.