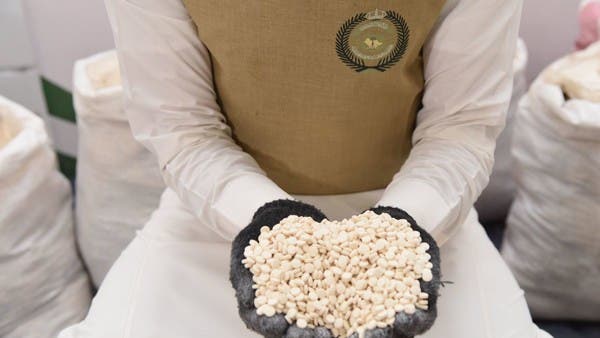 The General Directorate of Narcotics Control in Saudi Arabia thwarted an attempt to smuggle a large amount of amphetamine tablets and narcotic hashish in the Al-Jawf region in northern Saudi Arabia.

The official spokesman of the General Directorate of Narcotics Control, Major Al-Nujaidi, stated that the security follow-up to the drug smuggling and promotion networks targeting the security of the Kingdom and its youth, resulted in thwarting an attempt to smuggle (11,256,691) amphetamine tablets and (24.8) kilograms of narcotic hashish, and they were seized in Al-Jawf area in the possession of citizens. They were arrested, and initial legal measures were taken against them, and they were referred to the Public Prosecution.

Al-Nujaidi stressed that the Ministry of Interior, with all its security sectors, and in coordination with the Zakat, Tax and Customs Authority, continues to confront anyone who might be tempted to target Saudi Arabia and its youth with narcotics.

What was seized from amphetamine and cannabis