Saudi Arabian Aviation Authority: We will establish two major airports with a capacity of 100 million passengers 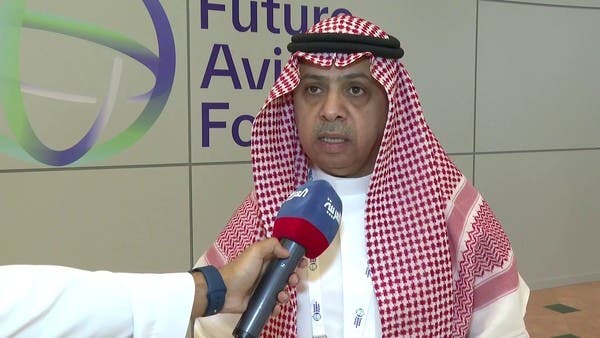 The head of the Saudi Civil Aviation Authority, Abdulaziz Al-Duailej, confirmed that the authority intends, through its current strategy, to double the number of passengers to 330 million passengers by 2030.

Al-Duailej said in an interview with Al-Arabiya that the authority aims to invest more than $100 billion in the sector by 2030.

He explained that the expected investments will be financed through the public and private sectors.

He pointed to the establishment of two major airports in Riyadh and Jeddah, with a capacity of 100 million passengers each, and the development of other local airports to support the tourism movement in the Kingdom.

The head of the authority added that the aviation strategy is one of the main enablers in the Kingdom’s Vision 2030 and supports many initiatives and programs.

Al-Duailej pointed out that the strategy aims to return to its leading role in the aviation sector in the Middle East.

He stated that the authority targets 250 stations around the world by 2030, out of 100 stations currently.

He expected the aviation sector’s contribution to the GDP to increase from $21 billion currently to more than $75 billion in 2030, in addition to creating new jobs by 1.1 million direct jobs and two million indirect jobs by 2030.