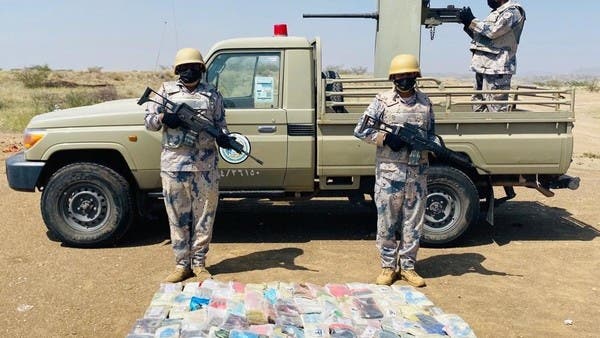 The official spokesman for the Saudi Border Guard, Colonel Misfir Al-Qarini, announced that attempts to smuggle more than a ton of hashish have been thwarted.

In addition, he stated that within the framework of the continuous security follow-up to criminal activities targeting the security of Saudi Arabia and its youth with drugs, the ground patrols in the regions of Jazan, Asir and Najran managed to thwart attempts to smuggle a ton and 276 kg of hashish, 66 tons and 464 kg of the narcotic substance khat, and the arrest The 15 accused, including 47 citizens, were accused of violators of the border security system, including 89 of Ethiopian nationality, 10 of Yemeni nationality, 3 of Somali nationality, and one defendant of Eritrean nationality.

He explained that the regular procedures have been completed, and the smuggled goods have been handed over to the concerned authority, stressing that the border guards will continue to confront all smuggling attempts with firmness, determination and power, and will stand as an impenetrable dam against anyone who tries to target the security of the Kingdom and its youth with drugs.