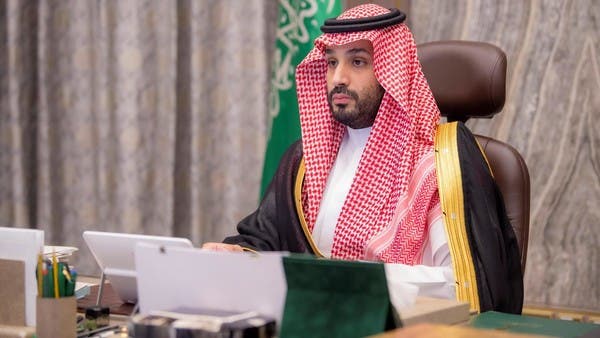 The Crown Prince affirmed, according to the Saudi Press Agency, that “the Human Capacity Development Program represents one of the programs to achieve the Kingdom’s Vision 2030, and a national strategy aimed at enhancing the competitiveness of national human capabilities locally and globally, so that the citizen is ready for the current and future labor market with capabilities and ambitions that compete with the world, by strengthening values, developing basic and future skills, and developing knowledge.

Prince Mohammed bin Salman said: “Because of my confidence in the capabilities of every citizen, this program has been developed to meet the needs and aspirations of all segments of society, by developing the journey of human capacity development, starting from the childhood stage, passing through universities, colleges, technical and vocational institutes, and reaching the labor market, with the aim of preparing An ambitious citizen who possesses the skills and knowledge, and keeps pace with the renewable changes of the labor market, which contributes to building a solid economy based on skills and knowledge and based on human capital.

He explained that the program plan “includes 89 initiatives with the aim of achieving 16 strategic goals of the Kingdom’s Vision 2030. The program’s strategy includes three main pillars: developing a solid and flexible educational foundation for all, preparing for the future labor market locally and globally, and providing lifelong learning opportunities.”

The program’s initiatives distributed over the three pillars include the initiative to promote the expansion of kindergartens, which will contribute to the development of children’s abilities from an early age, in addition to developing their personal skills, and the vocational guidance and counseling initiative for students to join the labor market, which aims to enable students to determine their professional orientations by providing them with knowledge And skills to draw up their personal development plan, which will have an impact on preparing them for the future labor market locally and globally, in addition to a number of initiatives aimed at developing and qualifying skills by contributing to providing lifelong learning opportunities to increase employment rates for citizens and empowering innovators and entrepreneurs to Building a citizen who possesses the capabilities and skills necessary for the current and future labor market locally and globally.

The human capacity development program focuses on preparing and rehabilitating human capabilities in the Kingdom of Saudi Arabia, developing the human capacity development system from early childhood to lifelong learning, developing educational outcomes to align them with the needs of the current and future labor market, and localizing high-skilled jobs through the qualification and training of citizens. In addition to greater activation of the partnership with the private and non-profit sectors, where the program seeks in these aspects to achieve several objectives, including increasing the chances of joining kindergarten from 23% to 90%, and entering two Saudi universities among the top 100 universities in the world by 2030, which will enhance The Kingdom’s position in the world.

The strategy of the Human Capacity Development Program reflects the keenness of the government of the Custodian of the Two Holy Mosques, King Salman bin Abdulaziz Al Saud, to prepare citizens through several strategic axes, the most important of which are: developing a passion for knowledge and pride in values, success in work, leadership and competition locally and globally, and continuous development of skills and development Capacity.

The program, through its initiatives, promotes the development of future skills, including the skills of the twenty-first century, such as creative thinking and data analysis skills, in addition to the development of social and emotional skills, which enhances the competitiveness of citizens and fulfills the requirements of the Fourth Industrial Revolution.

It is worth noting that the initiatives of the Human Capacity Development Program provide many opportunities that open doors to build competitive national capacities based on a solid educational foundation, and contribute to the promotion of targeted values ​​from an early age, such as the values ​​of moderation and tolerance, determination and perseverance, discipline and mastery, in order to achieve the values ​​of global citizenship. It enhances the competitiveness and capabilities of the Saudi citizen.