No Result
View All Result
Latest News
27% reservation for OBCs in medical courses: 10% reservation for the economically backward: Federal Government announcement 29/07/2021
A batch of beef weighing 4 tons was not allowed through the border near Pskov 29/07/2021
Without Bolt.. the 100m race is unpredictable 29/07/2021
What do girls do on the beach at midnight ?: Goa CM slips his mouth 29/07/2021
This is why the Turkish government may pay 1 billion euros 29/07/2021
Next
Prev
Home World

Saudi Electricity: Complete stability of the electrical service in the holy sites 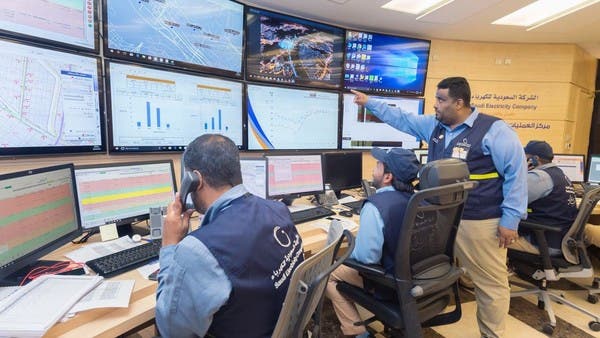 
The Saudi Electricity Company confirmed the stability of the electrical service in Mina on the first day of Eid, explaining that no interruptions were recorded despite the high loads compared to last year, and stressed the reliability of the electrical service and the readiness of the company’s operations teams and its monitoring of network performance around the clock.

According to the Saudi Press Agency, the “Saudi Electricity” clarified that the company’s operational plan this year is going as planned, and that the loads recorded on the 10th of Dhul-Hijjah in Mina amounted to (123 megawatts), and specialists in the Operations and Control Center in the Holy Sites are still monitoring the screens. loads.

The company added that it seeks to provide an electrical service with a high level of reliability and efficiency in performance, as a way to comfort pilgrims, stressing that this year’s plan included several pillars, including full supervision of the operation and maintenance of the electrical network during this period, and strengthening the electrical system to ensure higher Reliability degrees and safety standards, by enhancing the reliability of the electrical network in the regions of Makkah Al-Mukarramah, Al-Madinah Al-Munawwarah and the Holy Sites with eleven new projects in the fields of transmission and distribution, and providing sources of electrical power supply that exceed the expected loads, and backup feeding sources, according to previously prepared plans.

This is why the Turkish government may pay 1 billion euros

What will the third wave look like in India? What does the AIIMS leader have to say?

Branded home stay; Kitilan bungalows for tourists in the tea estates of Munnar

Rahul Gandhi driving a tractor to Parliament: Are the struggling farmers extremists and the voices of the peasants being suppressed?

Union Health Minister Harshavardhan should resign if he has a conscience: P. Chidambaram

Kitilan house for Rs 86, no deposit; A city with a different deal

Have you been vaccinated? More interest on fixed deposits