Saudi Embassy: The Khartoum meeting was for the purpose of exchanging ideas 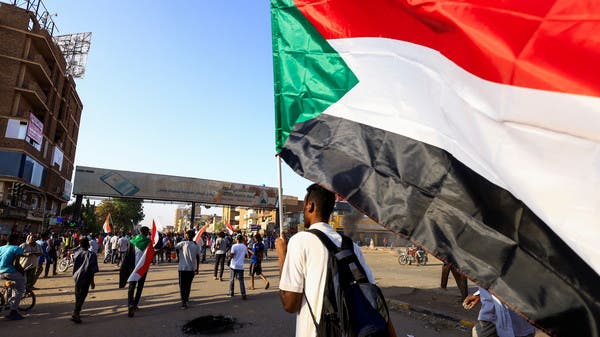 The Saudi embassy in Khartoum confirmed, on Friday, that the meeting, which included the Sudanese military component and the Central Council of the Forces of Freedom and Change, with Saudi-American mediation, was for the purpose of exchanging ideas on how to solve the current crisis and reach a political process that leads to a democratic transition.

She said that the meeting does not constitute an alternative to the tripartite mechanism and corresponds to supporting all efforts to build confidence between the parties.

The embassy also expressed its welcome for the two parties’ commitment to setting the interests of their countries and to dialogue with other stakeholders.

“We thank the participants for their frank views and their readiness to end the political crisis and build peace in Sudan,” she added.

From the Sudanese talks (archive – AFP)

For her part, the Chargé d’Affairs of the US Embassy in Khartoum, Lucy Tamlin, said that today’s meeting between the military component and freedom and change exchanged views to resolve the crisis.

“We welcome the parties’ commitment and readiness to end the political crisis,” she added, noting that the meeting is not a substitute for the mechanism of the United Nations, the African Union and IGAD.

On the other hand, the Central Council for Freedom and Change said in a statement, “We will deliver a clear vision on handing over power to the Sudanese people,” noting that the benefits of the democratic climate in Sudan have not been completed.

The (unofficial) meeting, which lasted 5 hours, was at the home of the Saudi ambassador in Khartoum, and included the military component, Muhammad Hamdan Dagalo, Shams El-Din Kabbashi and Ibrahim Jaber.

It also included from the Central Council, Al-Wathiq Al-Barer, Taha Othman, Wajdi Saleh, Yasser Arman, according to what was reported by the Al-Arabiya correspondent.

This came after talks held on Wednesday, sponsored by the United Nations and the African Union, with army leaders, while major civilian groups boycotted them, according to Reuters.

The first day of the direct political dialogue that started on Wednesday in Khartoum between the military and Sudanese political parties under UN and African auspices, to resolve the crisis in the country since the military coup, was concluded in the absence of major opposition parties.

While the representative of the Secretary-General of the United Nations in Sudan, Volker Perthes, stressed during a press conference that “all the participants recognized that the absent political forces have real interests in the civil democratic transition, and their presence is necessary for the success of this dialogue.”

“Therefore, the tripartite mechanism will continue its efforts with them to persuade them to participate,” he added, speaking in Arabic.

Since last year, Sudan has been experiencing a political crisis between the military and civil components, which has exacerbated after the imposition of these exceptional measures, which prompted the United Nations to seek convergence of views, by launching a first round of political dialogue that took place indirectly, and through a direct dialogue between the political parties.