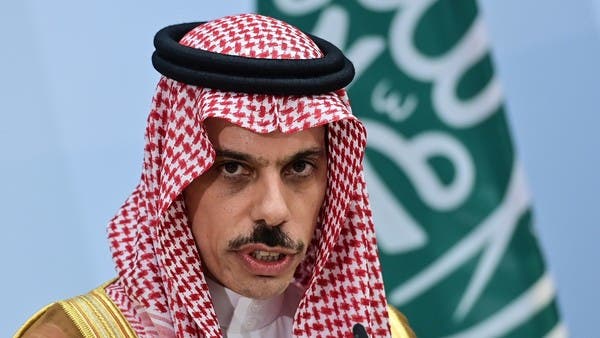 The two sides held a session of official talks, during which they reviewed the friendly relations between Saudi Arabia and China, and ways of enhancing them in all areas of cooperation and joint coordination.

The two sides discussed many regional and international issues of common interest, foremost of which is the strengthening of security and stability in the Middle East, and the efforts to lay the foundations for peace made by the two friendly countries in the region and the world, according to the Saudi Press Agency (SPA).

The two sides exchanged views on the Iranian nuclear program and the international negotiations in this regard. The two sides also touched on the importance of supporting everything that guarantees security and stability in Afghanistan, in addition to exchanging Views on regional and international developments and the efforts made in their regard.

The two sides discussed ways to open new horizons for the strategic friendship relationship between the two countries, through the high-level Sino-Saudi Joint Committee and its work, coordination and strategic planning in many fields, in light of the Kingdom’s 2030 vision.

For its part, the Saudi Foreign Ministry said that the minister discussed with his Chinese counterpart the Iranian nuclear program and negotiations about it, as well as efforts to ensure security in Afghanistan.

The meeting dealt with “discussing strengthening the strategic relationship between the two countries, and many files” of common interest.

And the Saudi foreign minister tweeted: “We look forward with China to consolidating partnership and bilateral coordination in various fields of cooperation and joint work.”

An intensive meeting I held today with His Excellency the Minister of Foreign Affairs of the Republic #China Mr. Wang Yi, in which we discussed strengthening the strategic relationship between the two countries, and many files of interest to our two friendly countries.
Together with China, we look forward to consolidating bilateral partnership and coordination in various fields of cooperation and joint work.

This, and the foreign ministers of Saudi Arabia and other Gulf Arab countries are visiting the Chinese capital, Beijing, to hold meetings with officials from the second largest economy in the world, a major consumer of oil and a source of foreign investment.

The meetings, which continue until Friday, include the foreign ministers of Saudi Arabia, Kuwait, Oman and Bahrain, as well as the Secretary-General of the Gulf Cooperation Council.

China and the Gulf states have provided each other with firm support on issues related to their core interests, and have strengthened practical cooperation in various fields with fruitful results, said Chinese Foreign Ministry spokesman Wang Wenbin, at a press conference, today, Monday, quoting the Associated Press.