Saudi Foreign Minister: Our Gulf position is united on the Ukraine crisis 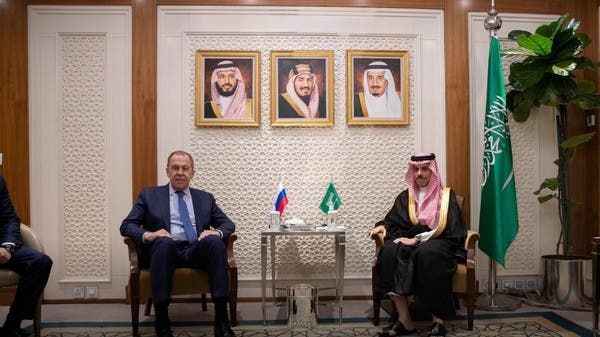 A meeting between the foreign ministers of the Gulf Cooperation Council with Russian Foreign Minister Sergey Lavrov concluded today in the Saudi capital, Riyadh. After the meeting, Saudi Foreign Minister Prince Faisal bin Farhan affirmed that the Gulf position on the crisis in Ukraine is unified.

For his part, Lavrov said that our partners in the Gulf confirmed that they would not join the sanctions against Russia, pointing out that the Gulf Cooperation Council countries understand the nature of the conflict between us and the West.

Yesterday, the Saudi Foreign Minister affirmed the Kingdom’s position on the crisis in Ukraine, which is based on international law and its support for efforts aimed at reaching a political solution to end the crisis and achieve security and stability.

He added, during his meeting with Russian Foreign Minister Sergei Lavrov, that the Kingdom is ready to make the necessary efforts to contribute to reaching a political solution to the crisis, according to a tweet published on the account of the Saudi Ministry of Foreign Affairs on Twitter, today, Wednesday.

The two sides also reviewed the relations between the two countries and ways to enhance them, in addition to exchanging views on the latest developments in the region and the world and the efforts exerted towards them.

The Russian Foreign Minister and his accompanying delegation arrived in Riyadh yesterday on an official visit to the Kingdom.

It is noteworthy that Lavrov had met the King of Bahrain, Hamad bin Isa Al Khalifa, before coming to Saudi Arabia, and confirmed that he discussed the Ukrainian file, as well as other regional issues.