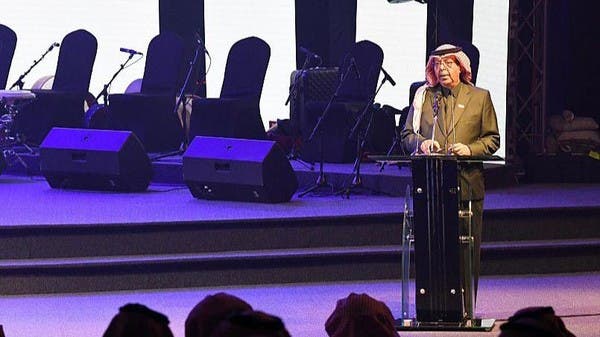 The first edition of the “Qimam Mountain Performing Arts” festival was launched at King Khalid University’s theater in Abha, organized by the Ministry of Culture represented by the Theater and Performing Arts Authority during the period from January 9 to 15.

The festival, whose launch was sponsored by Prince Turki bin Talal, Prince of Asir, comes within the efforts of the Theater and Arts Authority to celebrate, support and highlight local culture, in order to ensure its cultural and tourism promotion, providing an opportunity to empower individuals and encourage them to invest in the popular heritage that Saudi Arabia abounds in.

The CEO of the Theater and Performing Arts Authority, Sultan Al-Bazai, praised the cooperation of the region’s authorities in organizing the festival, pointing to the authority’s intention to organize the next edition of the festival internationally, to enhance the presence of the Saudi folklore globally.

And during the launch ceremony yesterday, the artists Khaled Abdul Rahman and Ziyad Al-Shehri participated in various artistic performances, while the heritage villages cite mountain performances by astrak with a number of folk bands from different regions of the Sarawat Mountains, where popular bands from the Asir region receive bands from outside the region. , in a meeting punctuated by the ancient welcome and reception shows that the mountain dwellers are famous for, and information about these ancient civilizational traditions, the most important of which are: Medgal, Al-Ardah, Al-Khattwa, Al-Layab, Al-Rafihi, Al-Majrour, and others, in addition to presenting a large number of different mountain performing arts in form. and content.

The edition of the festival also includes accompanying exhibitions, including the exhibition of visual arts “tops”, which will showcase the creativity of fine artists from the mountainous regions, and a shop for women’s fashion and accessories, in addition to providing a unique training experience for learning and interactive participation in the performance of mountain dances with different rhythms and melodies, which will allow the visitor to choose And the practice of various mountain dances by watching an educational video using modern techniques, in addition to interactive training for visitors provided by specialists in the practice of mountain performing arts during performances, and popular food restaurants that serve the most prominent mountain dishes in a modern and contemporary way.

The accompanying events witness the holding of various symposiums, including the Mountain Symposium on Folklore Arts, a cinematic reading, with the participation of local academics and poets, a symposium entitled “Types and Purposes of Mountain Folk Arts,” and a symposium “Analysis of Mountain Singing” that will be held on the stage of the Abha Literary Club, in addition to a shop that includes a variety of gifts. Local and antiques that reflect the identity of the region.

It is noteworthy that the festival activities focused on the popular performing arts in the southern region, accompanied by various arts, including “culinary arts, fashion and visual arts, through plastic exhibitions in historical villages.