Saudi-Turkish economic talks in the fields of investment cooperation 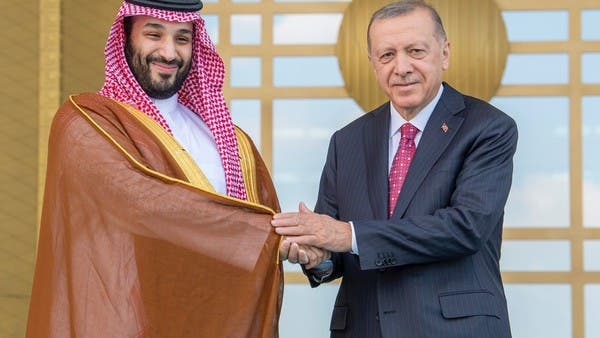 Today, Wednesday, Saudi-Turkish economic talks in the fields of investment cooperation will be held.

The Saudi Crown Prince, Mohammed bin Salman, arrived in the Turkish capital, Ankara, the third stop of his official regional tour in the region, which began in Egypt and then Jordan, where he was in the forefront of his receivers upon his arrival at the Presidential Palace in Ankara, President Erdogan, and an official reception ceremony was held for him.

The Saudi Crown Prince will conclude his regional tour through his third stop in Turkey, where he will hold talks with the Turkish President at the Presidential Palace in the capital, Ankara, that will deal with political and economic files.

The Saudi-Turkish Coordination Council was established to enhance economic, industrial and financial cooperation following the council meeting for the first time in February 2017.

The Kingdom is among the 8 largest trading partners of Turkey.

390 Turkish companies invest in Saudi Arabia with a total capital of 986 million riyals.

Turkish companies are active in Saudi Arabia in the construction, manufacturing, trade and restaurant sectors.

The number of companies with Saudi capital invested in Turkey is currently 1140 companies.