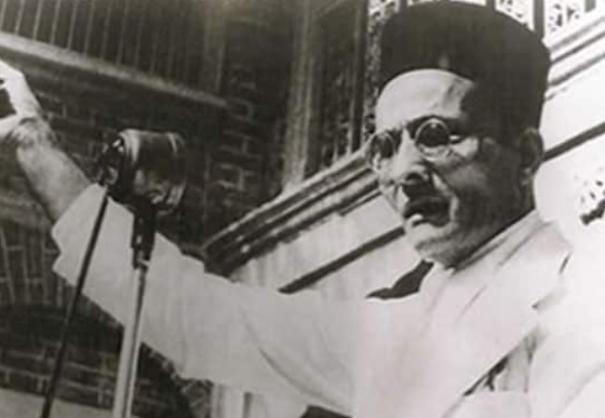 Bengaluru: There is a comment about V.D. Savarkar in the 8th class textbook of Karnataka state. The idea has sparked new controversies.

In that text book it is mentioned that when V.D. Savarkar was in Andaman Jail he would visit his motherland on the back of a bird that came to the jail.

Information contained in that particular sentence:

“The jail where Savarkar was kept did not even have a keyhole. But bulbuls used to visit that cell every day. Savarkar used to climb on the feathers of that bulbul and visit his motherland every day.”

After this, voices of protest have been raised that they are distorting history by telling untrue things to the students.

Savarkar’s role in India’s freedom struggle has been the subject of great debate among the RSS, BJP and Congress parties.

Savarkar’s picture was placed on the banner held by the BJP on the occasion of the recent Independence Day celebrations. The Congress party opposed this. Savarkar objected to the release of the film and the car of former Karnataka Chief Minister Siddaramaiah was attacked with eggs. Due to this, there are still occasional clashes between BJP and Congress over Savarkar.

In this case, the controversy has increased due to the comment about Savarkar in the 8th class picture book.

The argument of the Congress is that Savarkar wrote an apology letter to the British to escape from Andaman prison. Once when Rahul Gandhi spoke in a public meeting, he said, “I will not apologize for my speech. My name is not Rahul Savarkar, but Rahul Gandhi.” Rahul Gandhi, Congress and other opposition parties have often linked Savarkar with the apology letter.

While the Savarkar apology letter controversy has not subsided, the central government said in Parliament that there is no historical document to prove that Savarkar had given an apology letter.