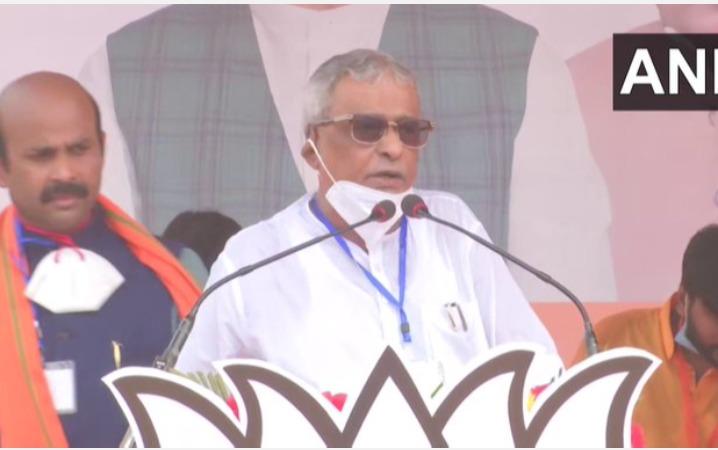 Sisir, the father of a Swat officer who recently joined the BJP and a Trinamool Congress MP, spoke to Home Minister Amit Shah to save West Bengal from a violent frenzy.

Among them was a cabinet minister in the Trinamool Congress government Independent Officer Joining the BJP, Mamata Banerjee is contesting from Nandigram constituency in the Assembly elections. His father, Caesar Adhikari, is a Trinamool Congress MP. It has been reported that he may also join the BJP.

In this case the Union Home Minister in Igara, West Bengal Amit Shah He attended a BJP public meeting and rallied support for the party. Caesar’s officer spoke at the meeting. He said:

Save West Bengal from violent mania. We are with you. The situation in the state is very bad. Law and order has been disrupted.

Mamata Banerjee has lost the moral right to rule. Only BJP can save West Bengal.
Thus he spoke.

Previous articleKarate Kalyani in tragedy .. Did you leave me and go, Nanna is an emotional post
Next article75th Anniversary of Indian Independence; The celebrations will begin at the Indian Embassy in Bahrain. Yi