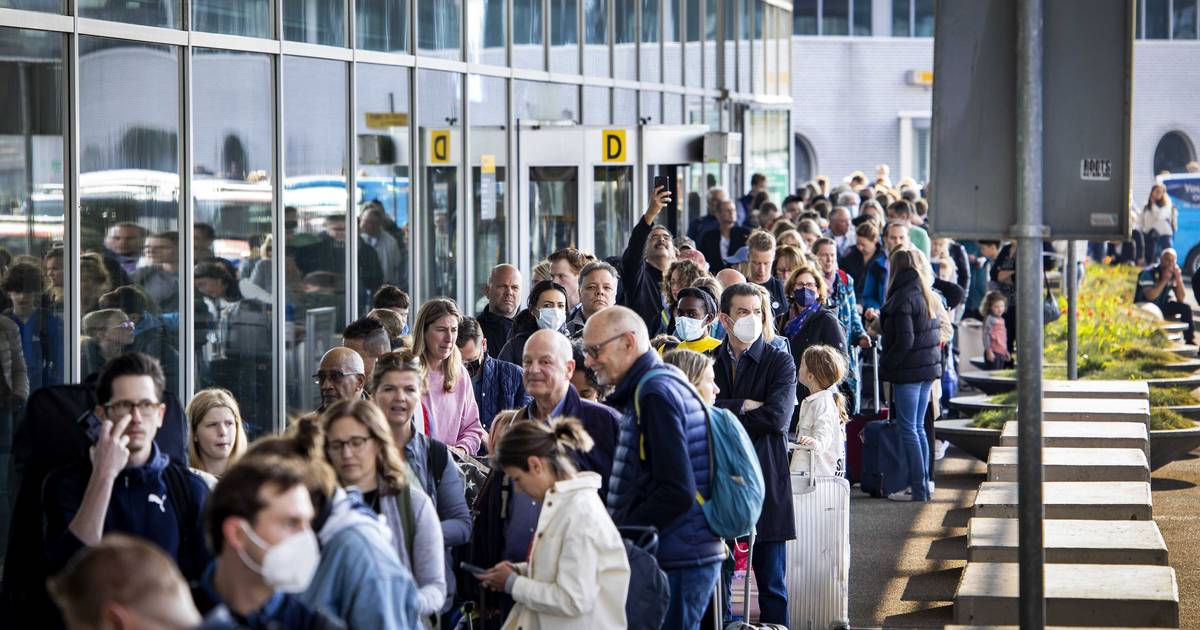 Schiphol Airport expects to be able to avoid problems due to crowds at the airport by moving six departing flights to Rotterdam The Hague Airport. In addition, the airport is taking extra control measures, such as installing an extra roof outside the terminal, under which travelers can wait.

It is expected that 57,000 travelers will board the plane from Schiphol on Saturday. On Sunday, 63,000 passengers will depart from the airport. The planning for the weekend has been made in consultation with airlines and travel organizations, with the result that six flights will depart from Rotterdam The Hague Airport.

The airport will also take extra measures this weekend, such as deploying extra staff and installing a canopy for travelers who have to wait outside the terminal. Office staff will also lend a hand.

Schiphol is making every effort to ‘keep waiting times as limited as possible’ and expects that ‘the vast majority of travelers’ will make their way through. “Some may not, but that is also the case on normal days,” says a Schiphol spokesperson. It remains important to prepare well as a passenger, such as checking in online and following the instructions of your airline.

Other regional airports already indicated on Thursday that they can take over flights, but the airport is not communicating about this yet. Earlier today, tour operator Corendon announced that it will immediately offer air holidays that depart from four German airports.

Last weekend, Schiphol asked airlines to cancel bookings so that the departure halls would not be overcrowded. Dozens of flights were cancelled. That is not yet on the agenda for next weekend, although the airport did not want to rule it out completely either.

When this weekend is over, the May holiday will also come to an end, with the result that the crowds are less large. Schiphol cannot rule out the possibility that flights will be moved to other airports in the coming period. A spokesperson said that such a thing will always be done in consultation with the airlines.

Watch our videos about the chaos at Schiphol here: